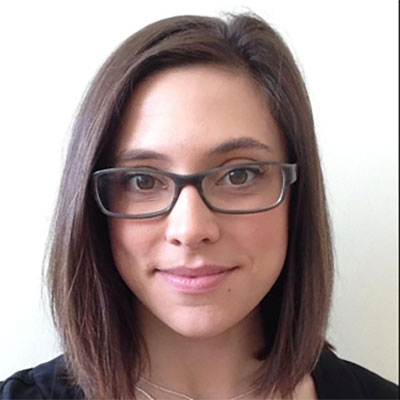 Katie Feather is an audio production instructor for SHERP and a former producer for Science Friday. In the latter role, she joined paleontologists on the hunt for dinosaur bones in Utah and reported from the red carpet of the American Astronomical Society about the “Oscars” of space telescopes. While she has produced segments on everything from youth-led climate activism to the science of food spoilage, she especially enjoys making radio entertaining. She once produced a segment pitting bat and dolphin researchers against one another in a “Sonar Smackdown”, and gamified venom research in a live, on-air quiz show called “Venomous, Poisonous, or Both?”

Before Science Friday, Katie worked as a reporter and producer for public radio stations in Missouri, Philadelphia, and New York. Her work reporting on events in Ferguson, Missouri in 2014 won a National Murrow Award for small-market feature reporting. She also previously produced two science podcasts, for the health news website STAT and for the longform science journalism website Undark. In addition to guest hosting for Science Friday, she has given talks on effective science communication at Columbia University, AAAS and ComSciCon, and was awarded a fellowship from the National Press Foundation to attend the Paris Accords of Science Communication in 2019. A 2013 graduate of SHERP, her undergraduate degree is from the University of Rochester, where she double-majored in brain and cognitive science and English literature.