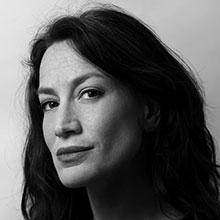 Lauren Sandler, an independent journalist and a visiting scholar at the Arthur L. Carter Journalism Institute, writes with an eye toward gender and inequality. She has reported from Baghdad to Beijing, although most of her work focuses on American cultural politics. Lauren has written two books: One and Only: The Freedom of Having an Only Child, and the Joy of Being One (2013) and Righteous: Dispatches from the Evangelical Youth Movement (2006). The themes of those books, how structural struggles, ideology and cultural biases shape our choices and opportunities, especially in regard to women’s progress, define her area of inquiry. Her work has appeared in publications including Time, The New York Times, Slate, The Atlantic, The Nation, and The New Republic. She has been an editor at Salon and Tar and a producer at NPR. Her master’s degree in journalism is from NYU’s Cultural Reporting and Criticism concentration. She is a graduate of Barnard.

As one of the recipients of the 2015 Carter Institute’s Reporting Award, Sandler will focus on the life of a homeless woman at a private Brooklyn shelter, which takes women in during their last trimester of pregnancy and gives them a base for one year—through birth and their child’s first nine months.

One and Only: The Freedom of Having an Only Child, and the Joy of Being One June 13th, 2013 Lauren Sandler Visiting Scholar

The Secret to Being Both a Successful Writer and a Mother: Have Just One Kid June 7th, 2013 Lauren Sandler Visiting Scholar