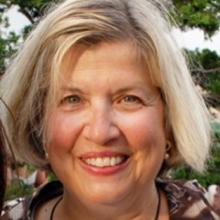 Ruth Hochberger, with 25 years of experience in legal journalism, was editor-in-chief of the New York Law Journal for 12 years. A lawyer and member of the New York Bar, she began her professional career as a criminal defense lawyer for The Legal Aid Society in Manhattan. She joined the Law Journal in 1976 as the paper’s first feature reporter, and then held positions as publisher of a division that produced monthly legal newsletters, managing editor of the 120-year-old daily Law Journal, and ultimately its editor-in-chief. She also supervised the Law Journal‘s magazine for young lawyers, New York Lawyer, and the paper’s Web site, www.nylj.com. Since leaving the Law Journal in 2001, she has taught a seminar in “Covering Courts, Trials and the Justice System” at the Columbia Graduate School of Journalism, and beginning reporting and media law and ethics to undergraduate and graduate journalism students at NYU and City University of New York, as well as a media law seminar at New York Law School. She contributes occasionally to The Huffington Post on press ethics issues.