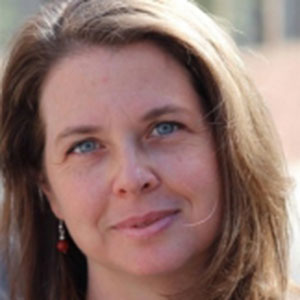 Almudena Carracedo is an Emmy award-winning filmmaker. Born and raised in Madrid, she has built her career as an artist and filmmaker in the US. She is a Creative Capital Fellow, a Sundance Time Warner Documentary Fellow, a United States Artists Fellow and the recipient of the ESTELA Award from the National Association of Latino Independent Producers (NALIP). She was recently honored by Illinois Wesleyan University with a Doctor of Humane Letters, honoris causa, in recognition of her work. Her feature documentary Made in L.A. was praised by The New York Times as “an excellent documentary… about basic human dignity,” and won an Emmy, the Henry Hampton Award from the Council on Foundations and the Hillman Prize for Broadcast Journalism. Carracedo previously directed the short documentary Welcome, A Docu-Journey of Impressions, which won the Sterling Award at Silverdocs. She has served as a panelist and juror at numerous filmmaker conferences and festivals around the world, including Valladolid’s SEMINCI, Silverdocs and Santiago’s International Documentary Festival in Chile. She frequently lectures at universities and is one of the professors at IPECC’s Master of Documentary Production and Direction of the University of Alcalá in Madrid.

In collaboration with Robert Bahar, she is currently directing and producing The Silence of Others, a cinematic portrait of the first attempt in history to prosecute crimes of the Franco dictatorship in Spain.