This master class is open to current NYU Journalism students only

Kirsten Johnson is currently grappling with her father’s dementia and the state of the planet by making a comedy about death. Her film Cameraperson was shortlisted for an Academy Award and won the National Board of Review “Freedom of Expression” prize. Kirsten’s camerawork has appeared in Citizenfour, The Invisible War, Pray the Devil Back to Hell, and Fahrenheit 9/11, among other notable films. This class is presented by the NYU Journalism News & Documentary Graduate Program.

No RSVP needed, just show up in classroom 750 on the 7th floor. 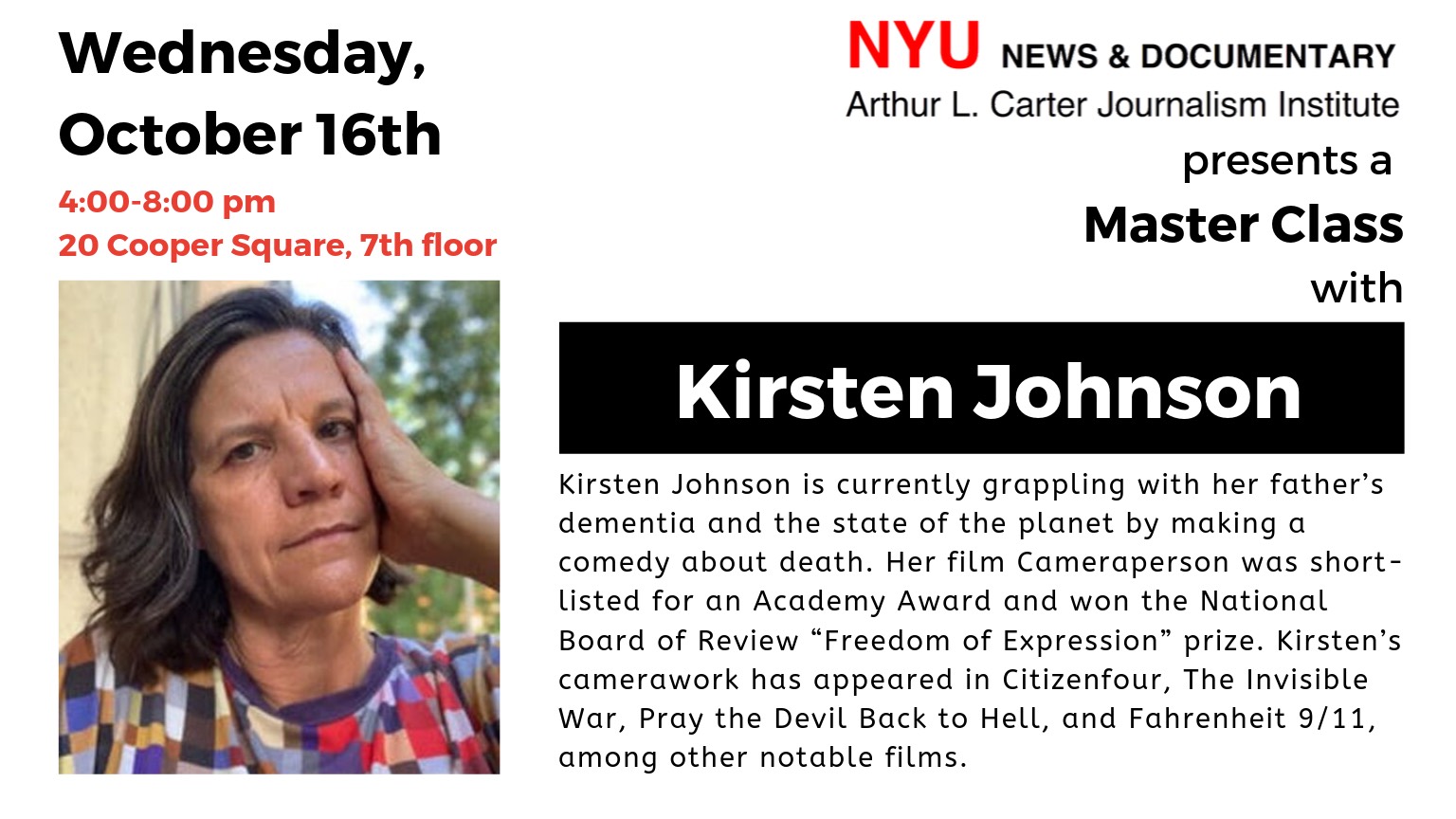