DOC Incubator Labs: Finding the Right One for You!

These creative boot camps seek to expand emerging voices and creativity. What difference can they make in the life of a doc, and which one is right for you?

Tribeca Institute with Monika Navarro: Tribeca offers a three-day workshop which helps position commercially viable documentaries for the big screen. Monika is the Senior Director of Programs at the Tribeca Film Institute.

Chicken and Egg with Lucila Moctezuma: (Egg)Celerator Lab is focused on supporting women nonfiction directors working on their first or second feature-length film. Lucila is the Director of Programs.

IFP with Milton Tabbot: IFP Labs focus on low-budget features. Labs are open to first-time feature documentary and narrative directors with films in post-production. Milton is the Senior Director of Programming.

Union Docs with Christopher Allen: Summer Labs offer an environment for emerging filmmakers to think through their work-in-progress. Christopher is the Producer and Director of documentary media projects. 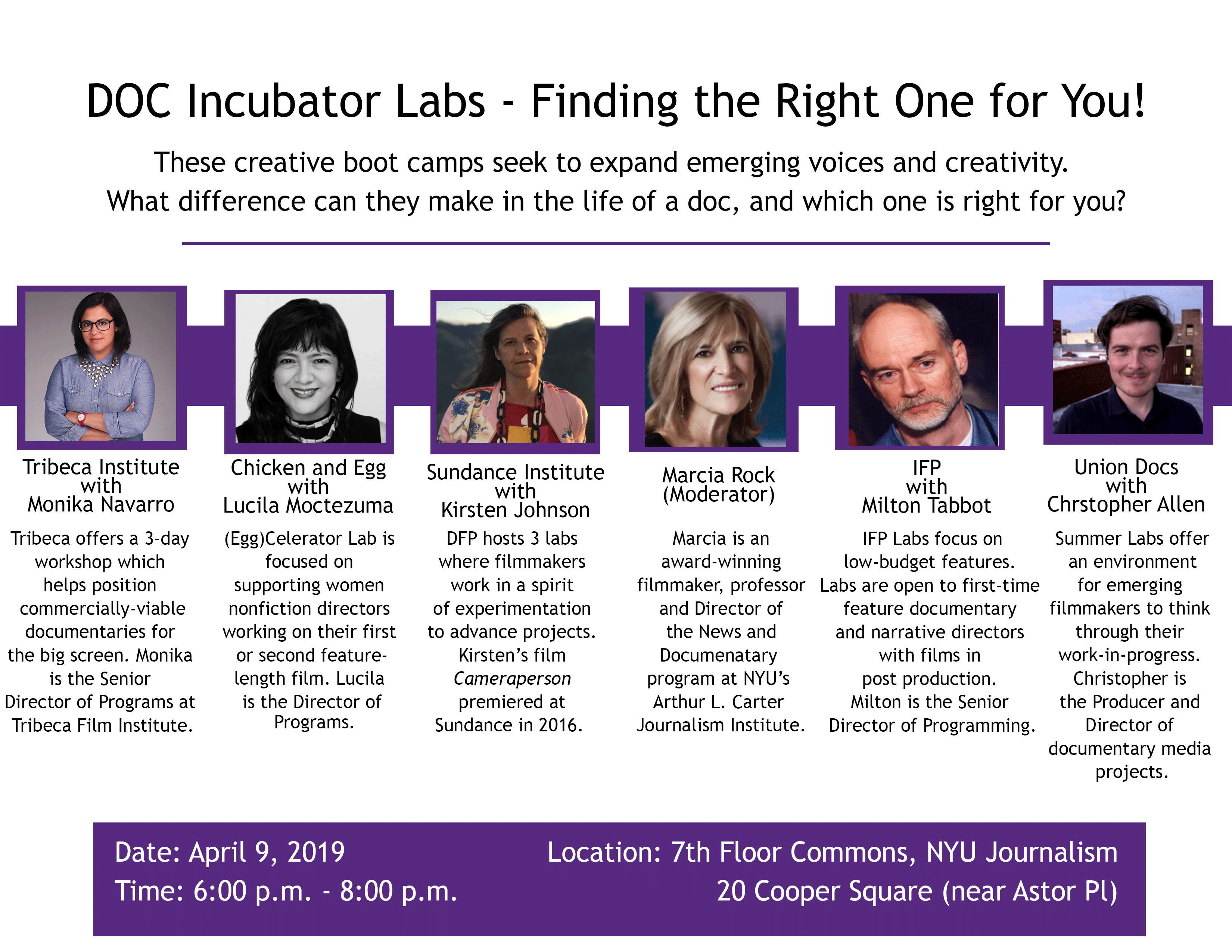