Co-sponsored by NYU’s Institute for Public Knowledge, this special screening and discussion event is part of IPK's series on “Co-Opting AI.” This event will feature a screening of the PBS documentary "Cyberwork and the American Dream," followed by a discussion with Elizabeth Cobbs, James Shelley, Eduardo Porter, Madeleine Claire Elish, and Mona Sloane

Are robots coming for our jobs? Artificial intelligence is here, and it’s already faster, more efficient, and cheaper than human labor. In a world where humans themselves are quickly becoming outdated, does the American dream of “getting ahead” remain an attainable goal, or turn into a lofty fantasy? How can humanity solve the impending workforce disruption as we stand on the cusp of a Fourth Industrial Revolution powered by A.I.?

In CyberWork and the American Dream, a new 56-minute documentary sponsored by Microsoft, a look at the past gives hope for the future: Throughout history, new technology has always caused problems in labor markets, and humanity always finds innovative ways to persevere. Join the director, writer, and producers of the documentary at a free screening and panel discussion on A.I. and the future of work. The panel will also include cultural anthropologist Madeleine Clare Elish and will be moderated by Institute for Public Knowledge visiting scholar, Mona Sloane. Other confirmed panelists include Kimberly Bryant and Eduardo Porter. 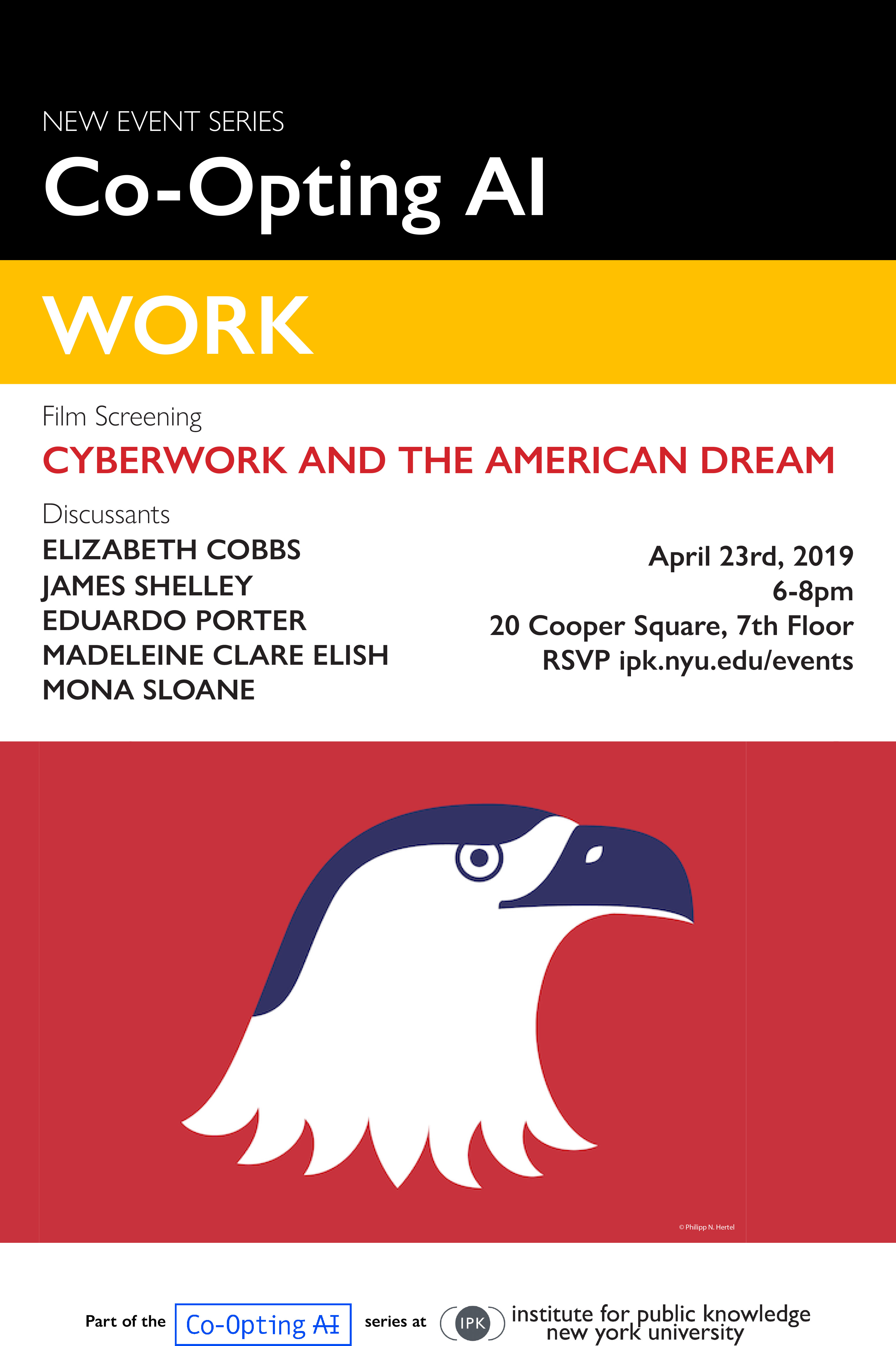