Tips from professional journalists about getting hired, getting promoted and thriving in the newsroom.

Tips from professional journalists about getting hired, getting promoted and thriving in the newsroom.

Abdelaziz focuses on Islamaphobia and social justice issues within the Muslim community. Her reporting on stories in the United States, Syria, Yemen and beyond has helped to reunite families, influence public policy and amplify the voices of marginalized communities. In 2021, she was awarded an Investigative Reporting Fellowship for Journalists of Color from Investigative Reporters & Editors (IRE).

Dickerson covers immigration and the American experience. She joined the Atlantic after four years at the New York Times, where she broke news about changes in deportation and detention policy and served as a frequent guest and guest-host for The Daily. Dickerson started out in radio and won a Peabody and an Edward R. Murrow award in 2015 for investigative reporting at NPR.

Gonzalez is a writer, photographer and editor with deep experience in print and multimedia. His reporting – locally, nationally and across Latin America and the Caribbean – provides human, on-the-ground coverage that illustrates central policy issues and highlights innovative solutions. He is a winner of the Distinguished Writing Award from the American Society of Newspaper Editors and the Mike Berger Award from Columbia University. His photographs have been exhibited at the King Juan Carlos Center, the Bronx Music Heritage Center and the Bronx Documentary Center. His photograph, “Dancers, Mott Haven, 1979,’’ was recently acquired by the Smithsonian’s National Museum of African American History and Culture. In 2013, he was inducted into the hall of fame of the National Association of Hispanic Journalists.

Venkatraman covers race, culture and South Asians for NBC Asian America. She graduated from NYU in May 2021 with a degree in Politics. She previously worked as an intern at NBC and as editor of NYU’s Washington Square News.

Moderator: Prof. Rachel L. Swarns is a journalist, author, professor and a contributing writer for The New York Times, where she has served as a foreign correspondent, a Washington correspondent, a Metro columnist and a senior writer. Her articles about Georgetown University’s roots in slavery touched off a national conversation about American universities and their ties to this painful period of history. 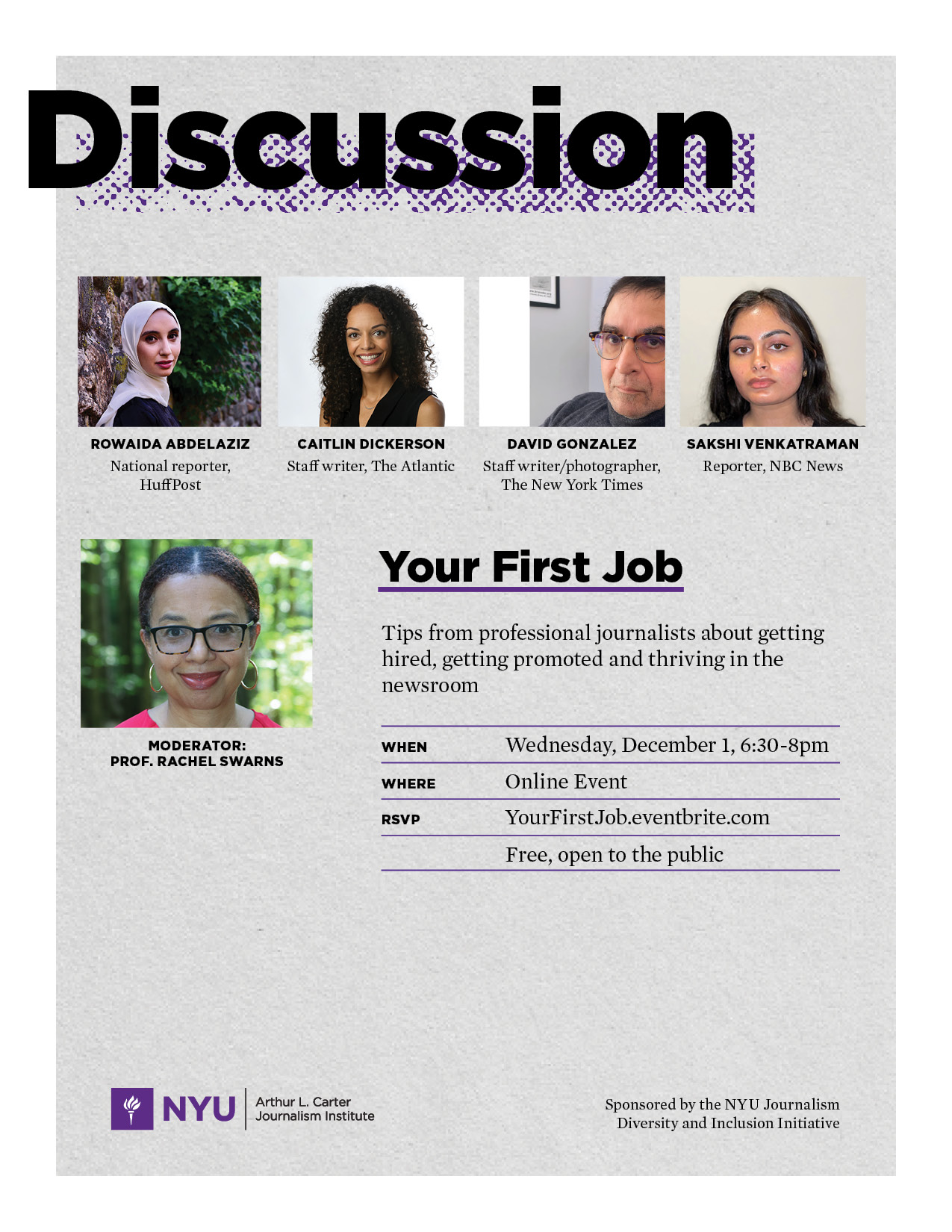