A conversation with Ellen Nakashima from The Washington Post, Charlie Savage from The New York Times, and Gabe Rottman from the Reporters Committee for Freedom of the Press. 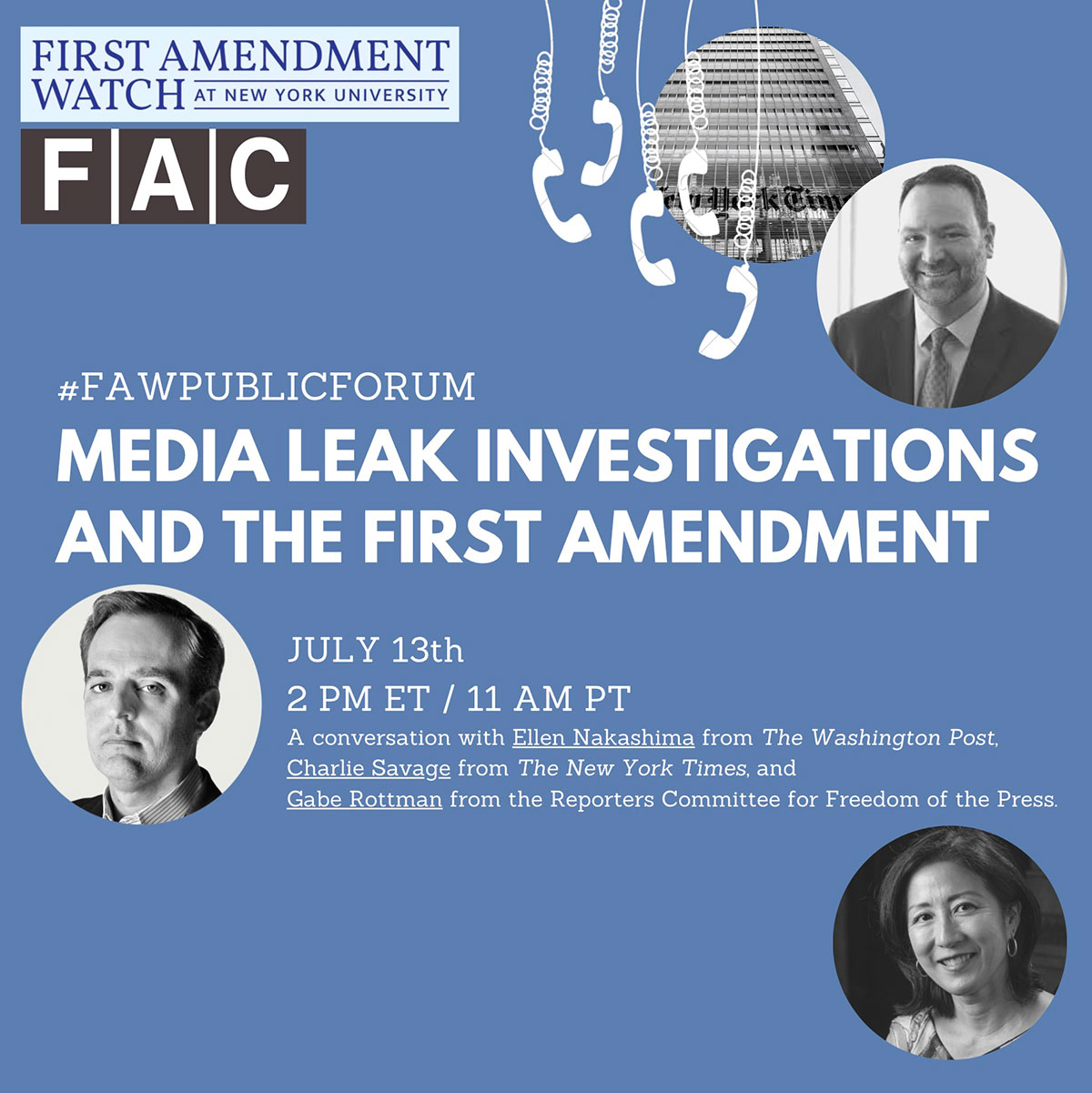 In early June, reports emerged that, under the Trump administration, the Justice Department seized the phone and email records of several reporters. The record seizures did not contain the content of the messages, but showed who contacted whom and when. None of the reporters who were targeted knew that the government had taken their information, let alone why. Those that knew about the record seizures were forced to stay silent due to a court gag order. Unable to find the information it was looking for, the Justice Department abandoned its mission and announced that it plans to change its policies governing media leak investigations.

Join First Amendment Watch and First Amendment Coalition on July 13th at 2 pm EST for a FAW Public Forum conversation with Ellen Nakashima a reporter for The Washington Post, Charlie Savage a reporter for The New York Times, and Gabe Rottman, director of the Technology and Press Freedom Project at the Reporters Committee for Freedom of the Press. We will discuss the history of media leak investigations, the Espionage Act, First Amendment protections for confidential sources, and current efforts to tighten policies regarding when and how federal investigators can seize journalists’ contact records.