Beyond Black and White: The Roots of Anti-Asian Violence

Join our live conversation about reporting on race in America

Join our live conversation about reporting on race in America as two journalists and a historian discuss what history tells us about the current wave of anti-Asian violence and the complexity of America’s racial divide.

This conversation will take place on zoom, please register for the webinar HERE.

Sponsored by the Hidden Legacies: Slavery, race and the Making of 21st Century America, an initiative of Arthur L. Carter Journalism Institute.

We invite you to join us virtually for this public event, open to all.

Michael Luo is the editor of newyorker.com and oversees the magazine’s online editorial operation, which publishes a mixture of reporting, commentary, criticism, essays, fiction, and humor. He writes regularly on politics, media, and Asian American issues, and is at work on a book about the history of Chinese exclusion in America. He joined The New Yorker in 2016 as an investigations editor. Before that, he spent thirteen years at the New York Times, mostly as an investigative reporter and editor. In 2003, he was a recipient of a George Polk Award and a Livingston Award for Young Journalists.

Erika Lee is an award-winning historian, author, and advocate. She is a professor of history and Asian American Studies at the University where she also serves as director of the university’s Immigration History Research Center. She is the president of the Organization of American Historians. She will join the faculty of Harvard’s Faculty of Arts and Sciences in 2023. The granddaughter of Chinese immigrants, Lee was recently elected to the American Academy of Arts & Sciences and the American Antiquarian Society and testified before Congress in its historic hearings on anti-Asian discrimination and violence. She is the author of four award-winning books including The Making of Asian America and America for Americans: A History of Xenophobia in America, which won the American Book Award and the Asian/Pacific American Award for Literature, as well as other honors.

Jay Caspian Kang is a staff writer at the New Yorker, an author and a documentary filmmaker. His new film “American Son” will premiere as part of ESPN’s award winning 30 for 30 series in 2023. His book, The Loneliest Americans, published by Crown in 2021, explores his family’s experience and the larger Asian-American experience in the United States. Prior to the New Yorker, he served on the writing staffs of the New York Times’s Opinion section and the New York Times Magazine. 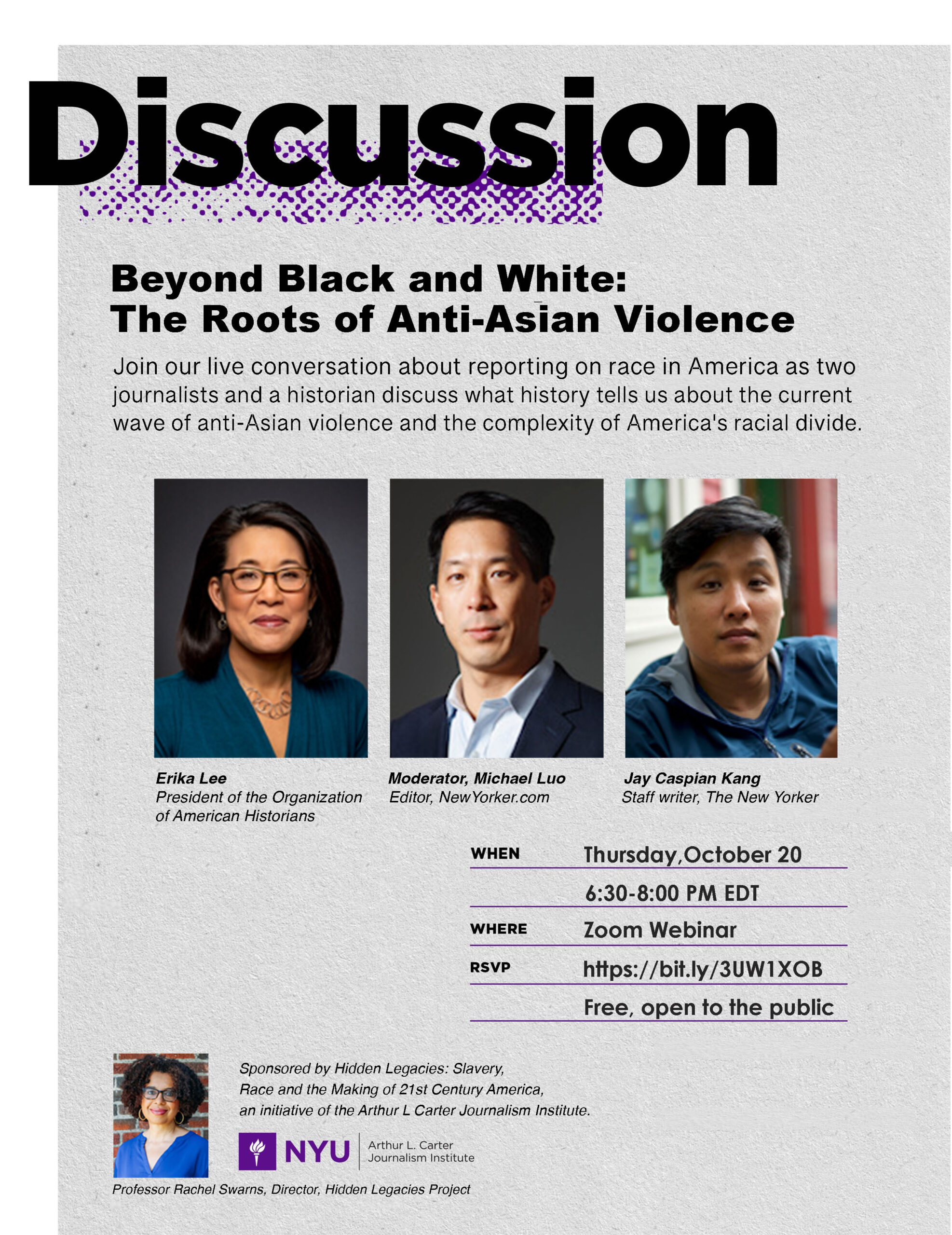