Race and the Midterm Elections

Join a live conversation with New York Times national correspondents as they discuss how issues of race, ethnicity and immigration are likely to play out in next month’s midterm elections.

This event will be hosted virtually, please RSVP for the zoom link to join:

PANELIST BIOS
Astead Herndon is a national politics reporter for the New York Times and a political analyst for CNN. He hosts “The Run Up,” a political podcast from The New York Times. Previously, Herndon was an integral part of the Times political coverage in the 2018 midterm elections and the 2020 presidential elections — anchoring the Times’ coverage of Senators Elizabeth Warren and Kamala Harris. His work, on white grievance and grassroots Republicans, was included among the New York Times package that was named a finalist for the 2021 Pulitzer Prizes.
Maya King is a politics reporter at The New York Times, where she covers politics in the Southeast. Before joining The New York Times, she was a politics reporter at POLITICO, where she wrote about race, national politics and campaigns. Her work has also appeared in NPR and USA Today.
Patricia Mazzei is the Miami bureau chief for The New York Times, covering Florida and Puerto Rico. She writes about politics, disasters and the quirks of life in South Florida. Before joining The Times, Ms. Mazzei was the political writer at The Miami Herald, covering the 2016 presidential race. Born and raised in Venezuela, she is bilingual in Spanish.
Jennifer Medina is a national politics reporter with the New York Times, covering political attitudes and power, with a focus on the West. A Southern California native, she spent several years reporting on the region for the National desk, focusing on immigration, education and poverty. Since joining the Times in 2002, she has also covered politics in New York and Connecticut and spent several years writing about New York City public schools.
The conversation will be moderated by Professor Rachel Swarns and sponsored by NYU Journalism’s Diversity Committee. 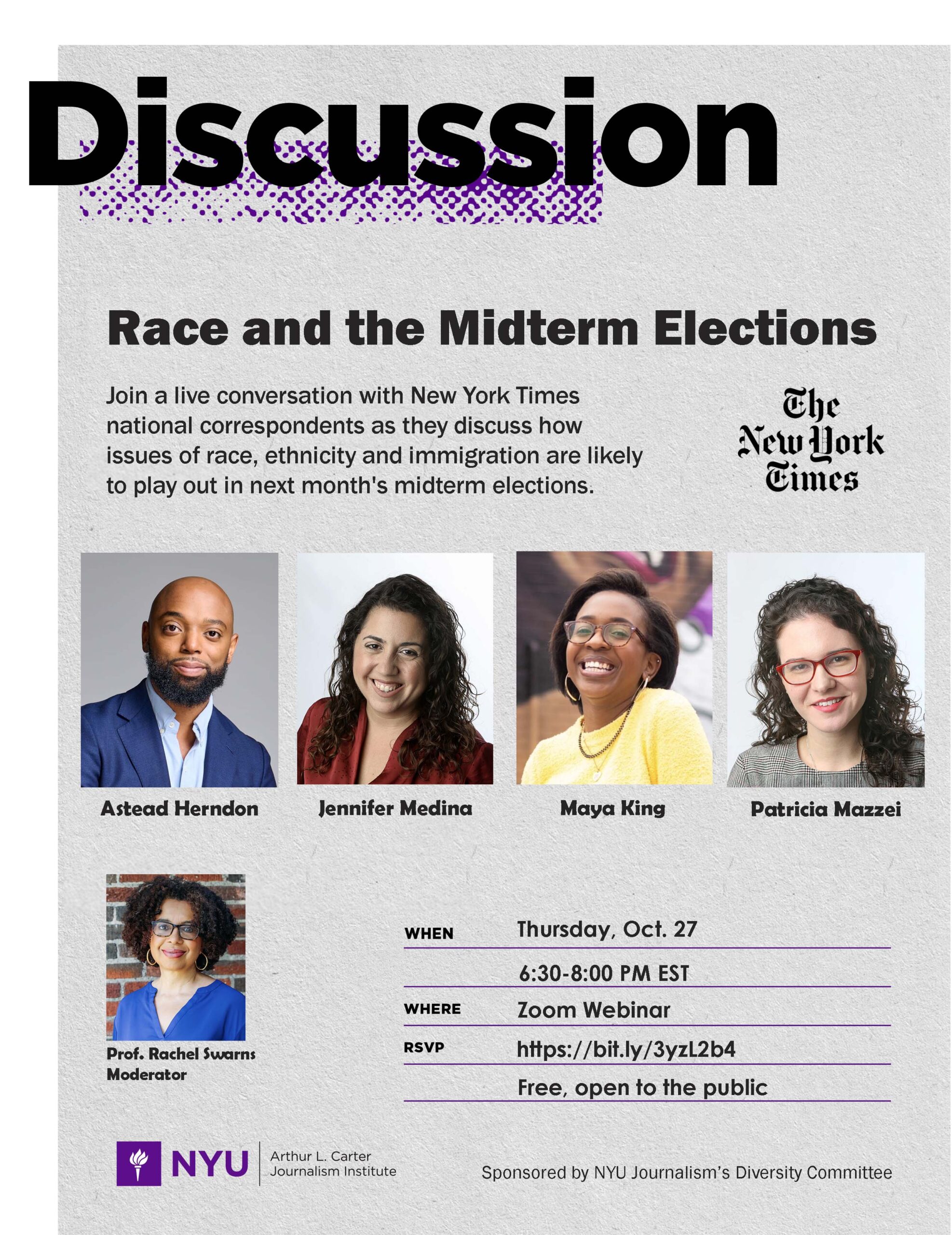