A Need to be Human: NewsDoc Alum Claire Ward on Connecting with Characters

Claire Ward is not just living the dream of a journalism graduate, she is emulating a new journalist lifestyle that is taking old news platforms by storm.

This Nova Scotia raised New York City resident has been working as a Producer for Vice News since graduating from NYU’s News and Documentary program at the Arthur L. Carter Journalism Institute in 2011. Traveling around the globe at the drop of a hat with her camera bag on hand, Claire is driven and motivated to capture people’s stories. Even though her days are long and she barely even has time to do laundry, it’s all worth it to Ward.

“It’s this kind of stuff that makes you get up in the morning,” reflects Ward.

While most of Ward’s work goes on behind the scenes as a story developer and camera operator, in her most recent piece on Vice News, Reversing Female Circumcision: The Cut That Heals (which centers on the little known reconstructive surgery available for women who have had their genitals mutilated as children), she steps in front of the lens.

Unlike other Vice pieces that typically let the host guide you through a story, The Cut That Heals allows the character’s voice take the lead. According to Ward, finding a character is the key. “This piece is the most important to me just because it is a real character portrait. We rarely have the time and the great luck of finding people who will let us into their lives in such an intimate way, in the way that she did.”

By finding the best vehicle available to tell your story, the better your story will be and the more the world will be moved by it. What Claire didn’t expect was how much it would move her.

“I mean, I am still emotionally dealing with that story because you build a relationship with a character, you are exposing them to all of this attention that they may not necessarily want, but together we see the bigger impact, we see the social impact that something like this can have…you want to find those people who aren’t mugging for the camera, who aren’t looking for attention, who are just driven by conviction and feel that their personal story could have a universal effect. That’s what made the story so special.” 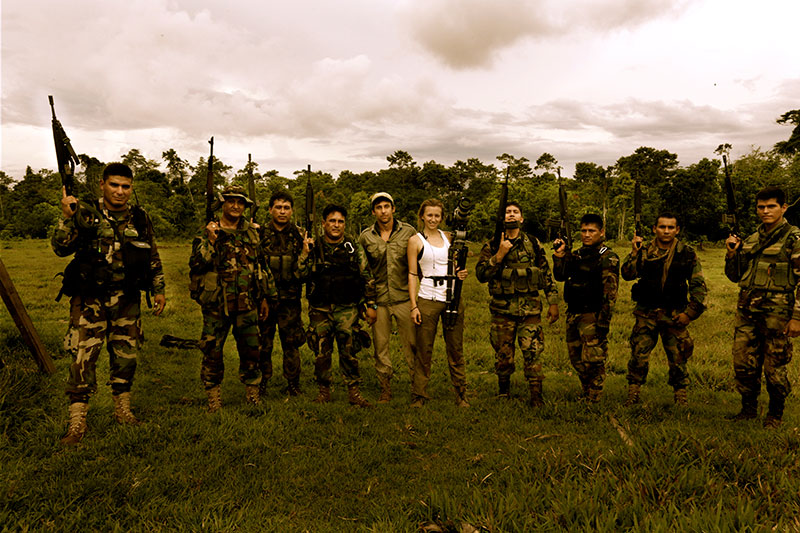 And Claire is no softy. She has ventured out in unknown territory and shot exciting things with Vice News such as walking through minefields, planting dynamite with Peruvian Direandro(anit-narcotrafficking police), or getting tear gassed in Ferguson, but connecting with the main character of this piece “was absolutely the most emotionally powerful experience” for her not only personally, but professionally as well.

Much of her experience is due to NYU’s NewsDoc Program. According to Claire, “Professor Jason Samuels, in particular, was a huge influence. His unfaltering advice is straightforward, logical, and practical. I can still remember him saying ‘Shoot the shit out of it!’ and ‘Your legs are your tripod!’ The quality of your footage really depends on how committed to a scene you are as a shooter. You can stand on the side lines with a telephoto or you can throw a wide lense on and get right up next to the action. That is where you will be feeling the most.”

What Claire has accomplished goes hand in hand with Vice’s philosophy and the new mantra for capturing stories – it is all about being immersive and about being next to the people. “If someone is going through something, as a journalist I need to be a human about it and to connect with that experience. And hopefully that brings more people into caring about those stories they don’t see necessarily affecting them directly,” reflects Ward.

Claire Ward will be teaching a Master’s Class on producing this Sunday from 9-1pm at 20 Cooper Square.