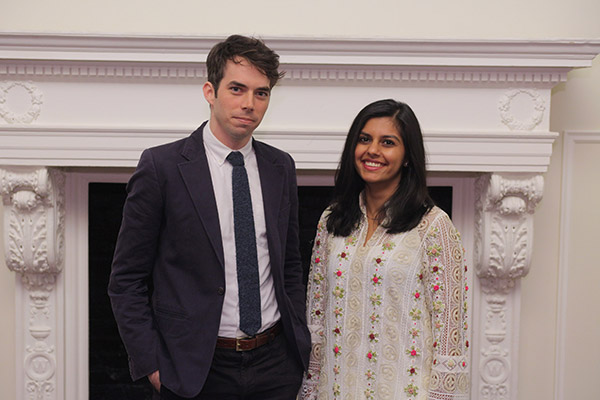 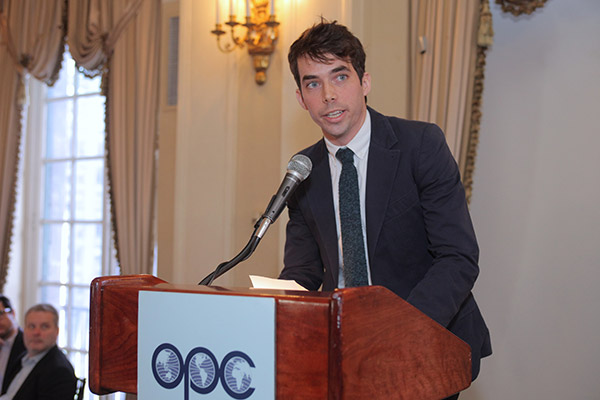 Coburn addressed the audience as he accepted the Overseas Press Club Foundation award at the Yale Club in New York City.

Coburn was the recipient of the Harper’s Magazine Scholarship in memory of IF Stone.  He received his award from Rick MacArthur, publisher of Harper’s.  In his winning essay, Coburn, a graduate of Wesleyan University, wrote about how tensions eventually subsided in the historically Protestant city of Hamburg, Germany, as a Lutheran church underwent conversion into a mosque.

Khohari received the Walter & Betsy Cronkite Fellowship from Tony Cavin, deputy foreign editor at CBS News.  She has an OPC Foundation fellowship at the Reuters bureau in Mexico City.   Khohari’s essay was about the villages along the Indus River in Pakistan that bore the environmental consequences of the 1967 construction of the Tarbela dam. She is a graduate of the London School of Economics. 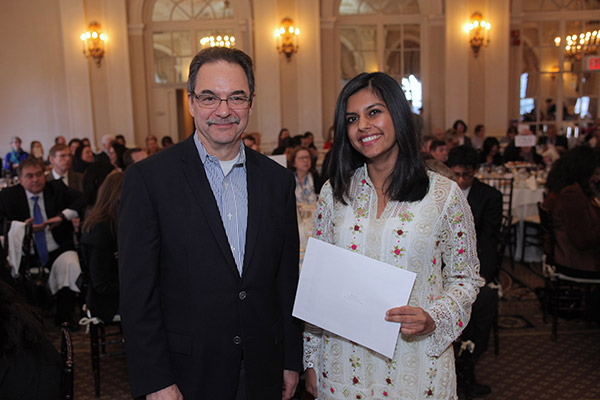 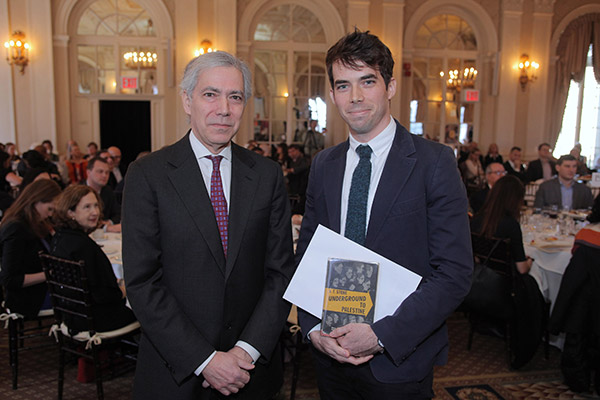 The award winners were also honored with a reception at Reuters the night before the luncheon, hosted by Reuters’ editor-in-chief Stephen Adler.  On Saturday they received risk management and situational awareness training from Global Journalist Security at The Associated Press headquarters in New York City.  They also met privately with editors from BuzzFeed, AP and Reuters in a special breakfast held the morning of the awards presentation and at a post-luncheon panel.

For more information on the OPC Foundation and its scholarship/fellowship program, see overseaspressclubfoundation.org.