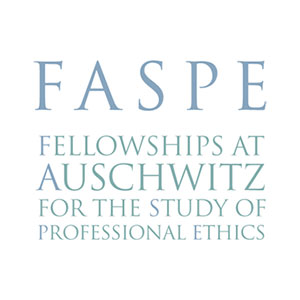 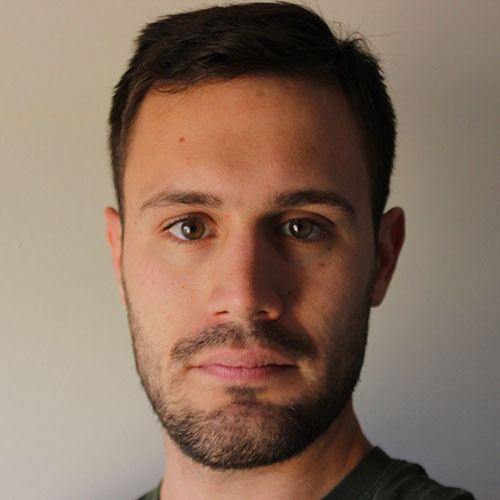 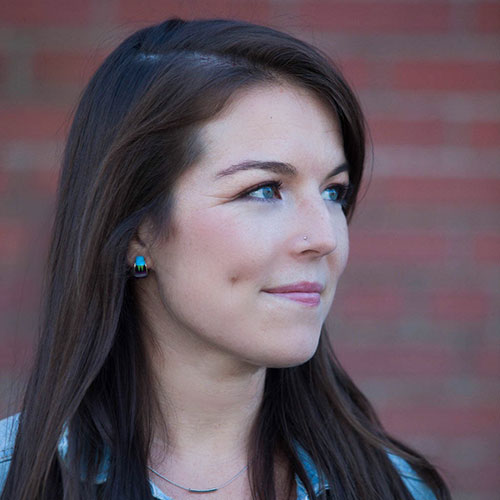 New York, NY— Christopher Crosby and Natalie Lampert, graduate students at the Arthur L. Carter Journalism Institute at New York University, are among 12 journalism students and young journalists chosen by FASPE (Fellowships at Auschwitz for the Study of Professional Ethics) to participate in a two-week program in Europe this summer, which uses the conduct of reporters and other media professionals in Nazi Germany as a launching point for an intensive course of study on contemporary journalism ethics.

Now in its seventh year of operation, FASPE is an innovative international program for students in five professional disciplines (business, journalism, law, medicine, and religion) designed to address contemporary ethical issues in their chosen fields through a unique historical lens.

FASPE is predicated upon the power of place, and in particular, the first-hand experience of visiting Auschwitz and other historic sites associated with the Holocaust, where Fellows consider how to apply the lessons of history to the ethical challenges they will confront in their professions.

Pre-World War II professionals in Germany were known and respected internationally. Yet, leaders and practitioners in the professions played a fundamental role in designing, implementing, and enabling the crimes of Nazi Germany.

FASPE examines the roles played by professionals in business, journalism, law, medicine, and the clergy in Nazi Germany, underscoring that the moral codes governing these essential professions can break down or be distorted with devastating consequences.

“By educating students about the causes of the Holocaust and the power of their chosen professions, FASPE seeks to instill a sense of professional responsibility for the ethical and moral choices that the Fellows will make in their careers and in their professional relationships,” said C. David Goldman, founder of FASPE.

Over the course of 12 days, Fellows will attend lectures with a range of guest speakers and participate in seminars run by leading scholars who serve as FASPE faculty. The program integrates historical, cultural, philosophical, and literary sources; survivor testimony; and workshops in Berlin, Auschwitz, and Krakow.

“The implications of learning through FAPSE are immense,” said Mr. Crosby, who is currently a first-year graduate journalism student at NYU, “Though FAPSE asks students to consider the actions of journalists 70 years ago reporting on the Holocaust, the comparisons to current events ensures it carries real-world implications on the field today.” A native of Maine, Mr. Crosby graduated from the University of Maine in 2011 with a degree in international affairs, and after working at a brewery for two summers, was a reporter for two years covering the politics, government, and the court system of Western Maine.

Ms. Lampert, who grew up Washington D.C. and Stuttgart, Germany, is currently a second-year journalism student. She holds a bachelor’s degree in English and international relations from Elon University in North Carolina and is a former Fulbright scholar. She has interned for The New York Times and The Atavist Magazine, and is currently working on a long-form project about women’s fertility and reproductive rights. “My authority as a writer relies on my getting the facts right, but in order to be the most effective journalist I can, I must also have a firm grasp on my personal and professional ethics — the backbone that informs my work,” said Ms. Lampert, “By encouraging me to grapple with problems of moral reasoning, FASPE will help me consider different ways of approaching ethical dilemmas I will face throughout my journalism career.

Mr. Crosby and Ms. Lampert join a group of 63 FASPE Fellows who represent a broad range of religious, ethnic, and racial backgrounds, and who were chosen through a competitive process that drew over 700 applicants from around the world. FASPE covers all program costs, including transatlantic and European travel, food, and lodging. Over the past six years, FASPE has worked with close to 320 Fellows using curricula designed in partnership with faculty from the Columbia University Graduate School of Journalism, Georgetown University, Yale Law School, and the Yale School of Medicine.

FASPE Journalism Fellows, along with the Business and Law Fellows, will begin their program in Berlin on Sunday, May 22, 2016. In Berlin, the program includes museum visits, meeting with a Holocaust survivor, and attending educational workshops at the House of the Wannsee Conference, the site where representatives of State and Nazi Party agencies convened in 1942 to discuss and coordinate plans for the Nazis’ “Final Solution.”

The Fellows then travel to Oświęcim, Poland, the town the Germans called Auschwitz, where they will work with the distinguished educational staff at the Auschwitz-Birkenau State Museum. Sessions devoted to contemporary ethics will take place in seminar rooms at Auschwitz and at Jagiellonian University in Krakow, one of Europe’s oldest and most prestigious universities. The final leg of the trip will be held in Krakow, Poland, where Fellows will explore the city’s rich Catholic, Jewish, and Polish history.

After the program, each Fellow will submit a final written essay focused on a contemporary ethical issue of his or her choice. Select essays will be published in the annual FASPE Journal, which showcases essays in all five disciplines.

“FASPE is committed to a long-term relationship with Fellows in order to sustain the ideas raised during the program. FASPE fosters an active network of alumni and provides a variety of opportunities for Fellows to exchange ideas and to meet to continue the dialogue started during our trips as they move forward in their careers,” said Thorin R. Tritter, FASPE’s Managing Director. “The centerpiece of these efforts is our annual Alumni Reunion & Symposium where Fellows from all years discuss the current issues in their respective fields and participate in various inter-disciplinary networking activities.”

FASPE works in cooperation with the Museum of Jewish Heritage—A Living Memorial to the Holocaust, New York City; Jagiellonian University, Krakow; House of the Wannsee Conference, Berlin; and the Auschwitz-Birkenau State Museum, Oświęcim, Poland. To view a video about FASPE, visit www.FASPE.info. The topics the 2016 FASPE Fellows will study can be found on individual program pages that include more details about the Business, Journalism, Law, Medical, and Seminary programs.

Lead support for FASPE is provided by C. David Goldman, Frederick and Margaret Marino, and the Eder Family Foundation. FASPE is also supported by the Conference on Jewish Material Claims Against Germany, and other generous donors.