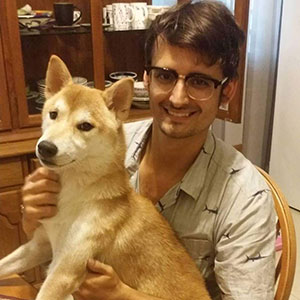 Charles Rollet graduated in 2014 with a B.A. in History with a minor in Slavic Studies from Northwestern University in Evanston, Illinois. After graduation, Charles was a Princeton in Asia fellow at the Phnom Penh Post in Cambodia, working as a reporter for a year. He was hired as a staffer shortly afterwards and went on to work for another eight months at the Post. During his time in Cambodia, Charles covered topics ranging from everyday business stories to fugitive Russian billionaires. His work uncovering a bizarre rocket gambling scheme on the Thai border was nominated for a Society of Publishers in Asia award. Charles enjoys reading, traveling, and hanging out with his Shiba Inu dog, Sovath, who was named after a popular Cambodian pop singer. Charles is passionate about business and investigative reporting and looks forward to a career in the field. His journalism portfolio is available here. Charles is a citizen of France.