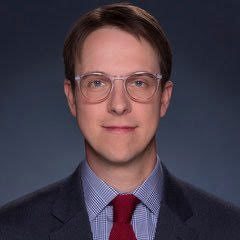 Jay Yarow, a graduate of NYU’s Business & Economics Reporting program, was named “Journalist of the Year” by Talking Biz News.

When he started at CNBC, CNBC.com boasted around 27 million monthly unique visitors, making it the No. 6 business news website. Within six months, after he reorganized and expanded the digital newsroom, broadened the site’s general money coverage, incorporated more video, and emphasized social media, CNBC.com reached the No. 3 position among business news websites. It currently attracts almost 50 million monthly unique visitors, up 74 percent from the same time a year ago.

At NYU, Jay began his journalism career by interning at Business Insider, which at the time was then little more than a small business blog, ultimately climbing becoming the site’s executive editor as it was transformed into a massively successful business publication. He also interned at BusinessWeek.

After being congratulated on Twitter, Jay tweeted back at his old professor, Adam Penenberg: “Thanks! It all started at NYU with you and Prof. Solomon!”

We may have given him some skills, and are proud of his achievements, but Jay did it all on his own.