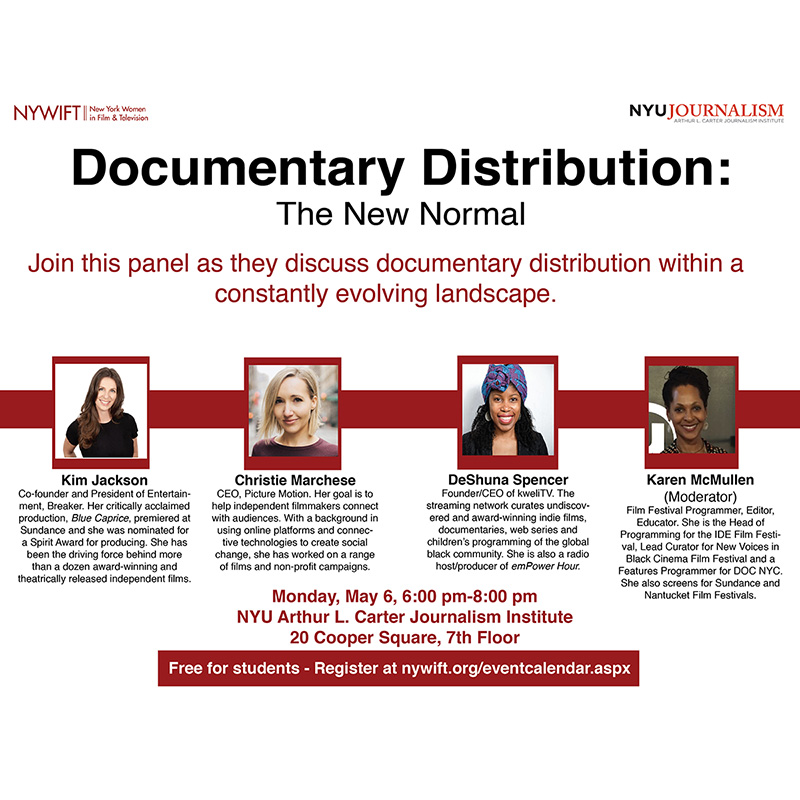 A panel discussion about documentary distribution within a constantly evolving landscape.

Co-founder and President of Entertainment, Breaker. Her critically acclaimed production, Blue Caprice, premiered at Sundance and she was nominated for a Spirit Award for producing. She has been the driving force behind more than a dozen award-winning and theatrically released independent films.

CEO, Picture Motion. Her goal is to help independent filmmakers connect with audiences. With a background in using online platforms and connective technologies to create social change, she has worked on a range of films and non-profit campaigns.

Founder/CEO of kweliTV. The streaming network curates undiscovered and award-winning indie films, documentaries, web series and children’s programming of the global black community. She is also a radio host/producer of emPower Hour.

This panel was held on: