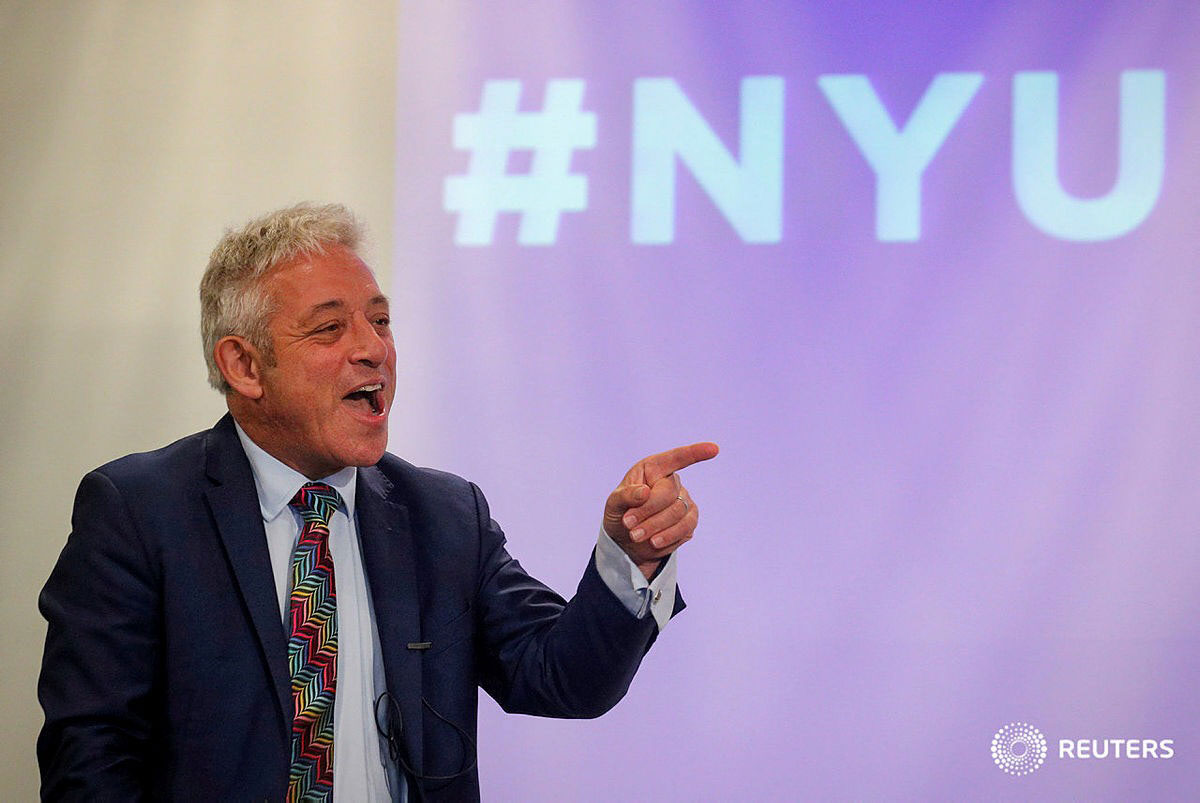 John Bercow, Speaker of the UK House of Commons, was the special guest of the Business and Economic Reporting (BER) program on Monday, September 16, 2019. In the midst of a political crisis over Brexit, Speaker Bercow held a private meeting with BER students for 30 minutes in a classroom here at the NYU Journalism Institute. Many of the BER students had recently returned from an annual trip to London to study the political and economic issues around Brexit.

After the meeting, Speaker Bercow spoke to a standing-room-only crowd of 150 people at the Institute, followed by questions and answers. Cameras lined the back of the room. The Guardian streamed the event live. Other news organizations covered it in print and online, including Reuters, Bloomberg, HuffPost UK, and several London newspapers: Daily Mail, Daily Express, and the Sun. BER student Natalie Sachmechi wrote a story on Speaker Bercow’s talk for Forbes.

Watch the video on The Guardian

View the photography from Reuters

Read the article on Bloomberg

Read the article on Daily Mail

Read the article on HuffPost UK

Read the article on Forbes