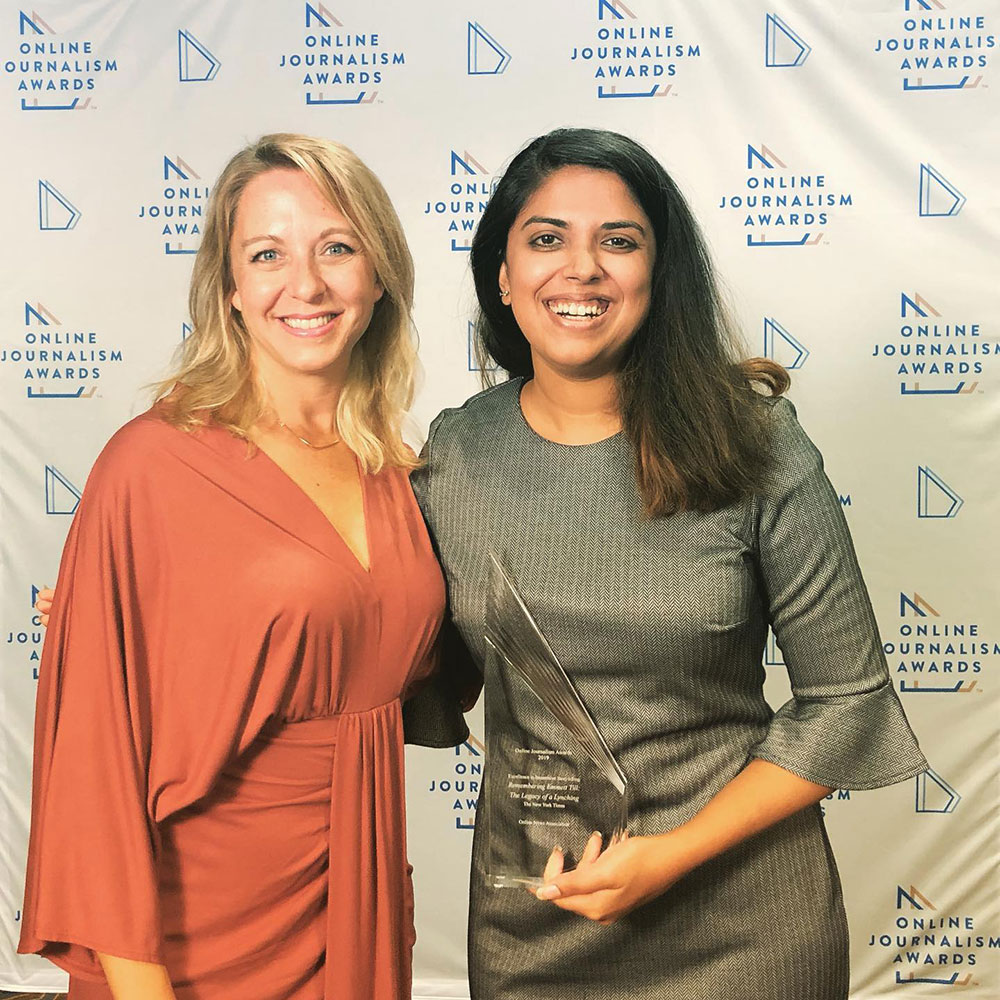 Congratulations to Veda Shastri and her team for winning the Excellence in Immersive Storytelling award at the Online Journalism Awards for their NYT project on the legacy of Emmett Till in the Mississippi towns where he was lynched 64 years ago.

In August 1955, a 14-year-old black boy visiting from Chicago walked in to buy candy. After being accused of whistling at the white woman behind the counter, he was later kidnapped, tortured, lynched and dumped in the Tallahatchie River.

The murder of Emmett Till is remembered as one of the most hideous hate crimes of the 20th century, a brutal episode in American history that helped kindle the civil rights movement. And the place where it all began, Bryant’s Grocery & Meat Market, is still standing. Barely.