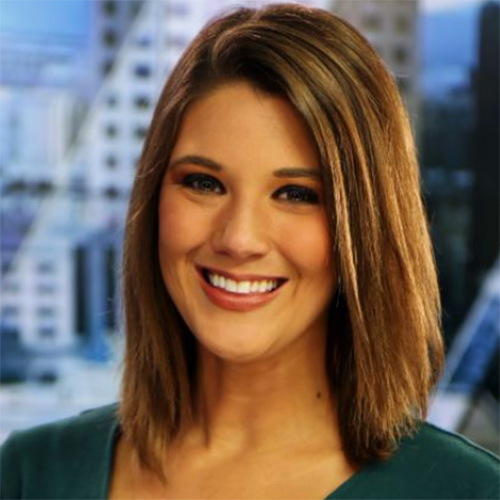 Jane Caffrey co-anchors and produces the 11 p.m. newscast on Your Hometown Station. She joined the WDBJ7 team in August of 2018, and is excited to call Roanoke home.

Jane comes to Virginia from KRIS 6 News in Corpus Christi. During her time as a reporter in Texas, she covered Hurricane Harvey’s devastating impact on Coastal Bend communities. She also flew to Puerto Rico with U.S. Customs and Border Protection as they delivered supplies to victims of Hurricane Maria, covered the tragic mass shooting in a Sutherland Springs church, traveled to the U.S.-Mexico border to cover immigration issues and the separation of migrant children from their parents, reported on state legislation from the Austin State Capitol, and broke news about a controversial proposal to merge two universities. Regularly on the veterans and military beat, Jane first came to Virginia in 2017 to spend a week reporting on Navy life aboard USS Harry S. Truman.

Before becoming a reporter, Jane worked for four years as a producer at CNN in both New York and Los Angeles. She contributed to long-form documentaries, gathered news, and interviewed stars at red carpet premieres and entertainment events, including Whitney Houston’s funeral and the Oscars.

Jane graduated from New York University’s with a master’s degree in News and Documentary, and has a bachelor’s degree in Latin American Studies and Spanish from Carleton College. She grew up in Minneapolis, Minnesota.

In her spare time, you can find Jane spending time outdoors hiking, kayaking, swimming, or just reading on a sunny beach. She also loves all the museums, culture, restaurants and music urban life offers, and is ready to explore the region.