A Letter from Ted Conover 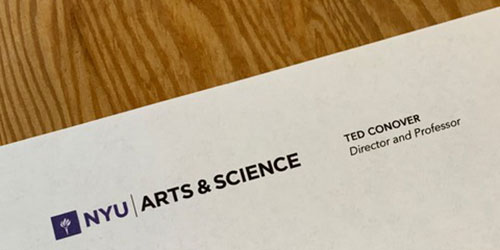 New York’s Sing Sing prison, unlike most other state prisons, is near the city and has many officers of color. When I worked there (as an undercover journalist) I remember hearing my fellow officers tell how they’d run afoul of white police officers. Officer Smith (his real name) told about being pulled over in Mount Vernon and the care he took to keep his hands visible on the steering wheel, explain to the officers who he was, and tell them he would wait for their instructions before he reached for his wallet. Officer Alcantara recounted being knocked to the sidewalk as he was visiting his grandmother’s apartment in Harlem by undercover agents who thought he looked like a drug suspect. I was surprised but I don’t think many Americans of color would have been.

The murders of George Floyd and Rayshard Brooks result from a racism that is in many ways more horrifying than the coronavirus, because it should be within our power as a country to rid ourselves of it and yet for decades and decades we have failed to do so. It is heartening to see so many people take to the streets, because it signals the possibility of real reform.

The situation calls for journalists willing not only to report on this activism and strife, so that people know what it is about, but willing also to reconsider their assumptions and bias. It also calls for a journalism that can take the long view, and inform this righteous cause through the years, not weeks, it will take to achieve true reform.

We at NYU Journalism stand in solidarity with those who condemn the racist, senseless murders of African Americans and make their voices heard to forge a more equal world. 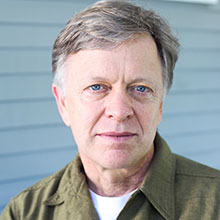