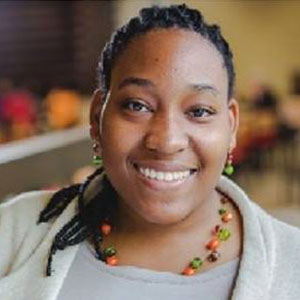 Incoming NYU journalism student Deborah Balthazar has been named the inaugural NYU recipient of the Anne O’Hare McCormick Memorial Fund Scholarship. The $3,000 award is given in honor of Fund board member emerita Elizabeth “Betsy” Wade, the first woman to edit news copy at the New York Times and the lead plaintiff in a landmark 1974 sex discrimination lawsuit against the newspaper. Wade died in December at 91.

“Deborah Balthazar has the potential to be an extraordinary journalist in the years ahead. The Anne O’Hare McCormick Memorial Fund Scholarship helps make it possible for the next generation of outstanding journalists to build their knowledge and skills,” said Stephen D. Solomon, director of the Arthur L. Carter Institute of Journalism at NYU. Added SHERP director Dan Fagin, “we’re thrilled to have Debbie as a student, and very grateful to the McCormick Fund for its vote of confidence in her and in the future of our profession.”