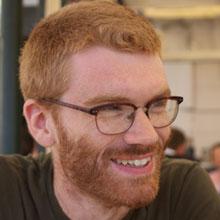 Abraham Riesman is an editor at New York magazine. He’s in charge of all video and audio content for the magazine’s digital properties, which include nymag.com, Vulture, The Cut, Grub Street, Daily Intelligencer, and the just-launched Science of Us. In that role, he does everything from filming and editing original documentary video to creating video remixes and supercuts. He also writes regularly for Vulture and the print magazine. Previously, his writing and videos were featured in outlets including The Wall Street Journal, The Boston Globe, and VICE. He was born and raised outside of Chicago, received his bachelor’s degree from Harvard University, and has lived in New York City for most of the past decade. You can see his work at abrahamriesman.com.