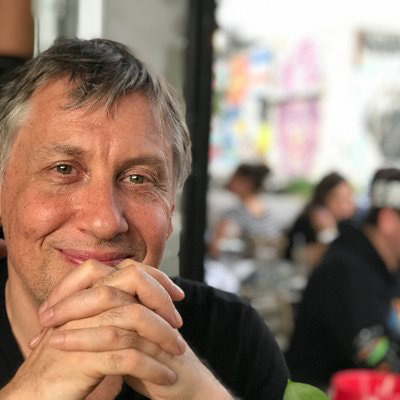 In a wide-ranging career as a writer, editor, columnist, and film producer, Professor Penenberg has written for Fast Company, Forbes, the New York Times, Washington Post, Wired, Slate, Playboy, and the Economist. A former senior editor at Forbes and a reporter for Forbes.com, Penenberg garnered national attention in 1998 for unmasking serial fabricator Stephen Glass of the New Republic. Penenberg’s story was a watershed for online investigative journalism and portrayed in the film Shattered Glass (Steve Zahn plays Penenberg). He wrote the popular “Media Hack” column for Wired News, was a columnist for Slate, and a contributing writer to Fast Company magazine.

Penenberg has published several books that have been optioned for film and serialized in the New York Times Magazine, Wired UK, USA Today, Fast Company and the Financial Times, and he recently produced his first feature film, BEATBOX. His cover story on privacy for Forbes magazine was read into the Congressional Record during hearings on privacy and he won a Deadline Club Award for feature reporting for his Fast Company story “Revenge of the Nerds,” which looked at the future of movie-making. Penenberg has appeared on NBC’s The Today Show as well as on CNN and all the major news networks, and has been quoted about media and technology in the Washington Post, the Christian Science Monitor, USA Today, New York Times, Wired News, Ad Age, Marketwatch, Politico, and many others.

How This CEO Got Caught Up In the Clinton Email Scandal
Adam L. Penenberg
Associate Professor

How Making A Movie Is Like Launching A Startup
Adam L. Penenberg
Associate Professor

I challenged hackers to investigate me and what they found out is chilling
Adam L. Penenberg
Associate Professor