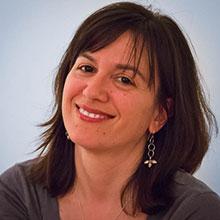 Amy Harmon, a reporter for the New York Times, covers the social implications of science and technology. Harmon has won two Pulitzer Prizes, one in 2008 for her series, “The DNA Age,” the other as part of a team in 2001. She received a Guggenheim Fellowship in science writing in 2013. In 2014, her articles on genetically engineered crops were awarded a prize for in-depth reporting from the Society of Environmental Journalists and the Science in Society award from the National Association of Science Writers. Autism has long been an interest of Harmon’s. Her article, “Autistic and Seeking a Place in an Adult World’’ won the 2012 Casey Medal for excellence in reporting on children and families, and the Times published a version of her story, “Asperger Love,’’ as an e-book. In 2011, her series about the clinical testing of a new cancer drug received the National Academies of Science award for print journalism. Harmon has written about her adventures on a treadmill-desk and the search for wildness on a family vacation in Costa Rica. Her career began at The Michigan Daily, the student newspaper at the University of Michigan, where she earned a B.A. in American culture. She lives in New York City with her husband and 11-year-old daughter.

Her visiting scholar appointment is sponsored by SHERP.