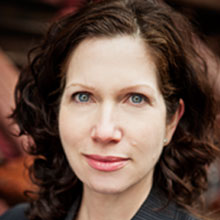 Amy Waldman is a novelist and journalist. Her first novel, The Submission (FSG, 2011) won the Janet Heidinger Kafka Prize for Fiction; was a finalist for the PEN/Hemingway Foundation Debut Fiction Award; and was shortlisted for the Guardian First Book Award. She has been a national correspondent for the Atlantic and a reporter for The New York Times, where she spent five years covering New York City and three years as a chief of the New Delhi bureau. She has been a fellow at the Radcliffe Institute for Advanced Study and the American Academy in Berlin. She has done long-form reporting on a Harlem block; India’s national highways; and American terrorism trials, among other subjects.