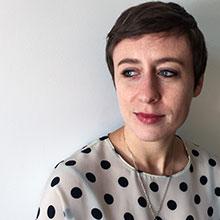 Audrey Quinn is a health reporter at New York Public Radio, WNYC. She also teaches documentary audio reporting at the NYU School of Journalism and has been a teaching associate for the Transom Story Workshop and the Center for Documentary Studies, and a guest reporter at Planet Money.