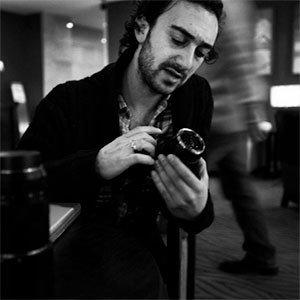 BJ Levin is a 2-time Emmy Award-winning Executive Producer and Showrunner who has worked in the television and film industry for over 10 years. Out of college, BJ worked as an investment banker but quickly decided that wasn’t for him. Self-taught, he worked his way into the world of production where he found his true passion in storytelling.

BJ has both directed, produced and executive produced hundreds of hours of content for a variety of platforms, including HBO, Bravo, National Geographic, A&E, Discovery, MTV, BBC, TLC, WETV, and the Food Network. At MTV, he won his first Emmy Award for his work on the series MADE . BJ produced his first feature documentary for HBO in 2009 and today he is executive producing the third season of one of HBO’s most successful documentary series, VICE on HBO. The news documentary program has received critical acclaim for its original and edgy approach to global current events, and was nominated for an Emmy Award during its debut season. The show won an Emmy for Best Outstanding Informational Series in its second season as well as receiving a Television Academy Honors Award and an Environmental Media Association Award.

BJ is a native of St. Louis, Missouri. He attended the University of Maryland at College Park where he played lacrosse and earned dual degrees in Business Finance and Decision & Informational Sciences with a minor in Public Leadership.