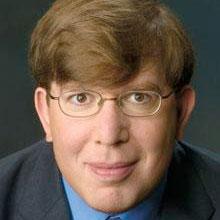 Seife’s freelance work has appeared in The Economist, Scientific American, The Philadelphia Inquirer, The Washington Post, The New York Times and other publications. He is also the author of Zero: The Biography of a Dangerous Idea (2000), which won the 2000 PEN/Martha Albrand Award for First Nonfiction, as well as Alpha & Omega: The Search for the Beginning and End of the Universe (2003), Decoding the Universe: How the New Science of Information is Explaining Everything in the Cosmos, From Our Brains to Black Holes (2005), Sun in a Bottle: The Strange History of Fusion and the Science of Wishful Thinking (2008), and the forthcoming Proofiness: The Dark Arts of Mathematical Deception (2010).

Is This the ‘Kitty Hawk Moment’ for Fusion Energy?
Charles Seife
Professor

The CDC Has Been on a Steady Decline. We’re Just Finally Noticing.
Charles Seife
Professor

Between Fact and Fantasy: Polling and the Media
Charles Seife
Professor