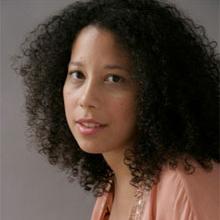 Cora Daniels is an author and award-winning journalist. She was a staff writer at Fortune magazine for almost a decade. Currently she is a frequent contributor to Essence magazine. Her work has also appeared regularly in Fast Company magazine, as well as the New York Times Magazine, O: The Oprah Magazine, USA Today, and Heart and Soul, among others. As an editor she has worked on staff at Working Mother magazine, she helped launch and edit a monthly workplace section for Men’s Fitness magazine, and was the launching Editor-in-Chief for an annual special personal finance issue of Consumer Reports magazine. She is the author of 3 books: Impolite Conversations on Race, Politics, Sex, Money and Religion (Simon& Schuster 2014), GHETTONATION, and Black Power Inc. A sought after expert on diversity and business issues Daniels has served as a commentator on ABC News, CNN, BET, NPR, Fox News, the Brian Lehrer show, MSNBC’s Melissa Harris-Perry Show, and the Charlie Rose Show. She also began her career as a newspaper journalist on the Jersey shore. Daniels has a BA from Yale University and an MS from Columbia University Graduate School of Journalism. She is a native New Yorker and lives in Brooklyn with her husband and two children.