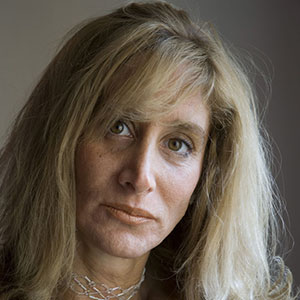 Dinah Spritzer is the central and eastern Europe editor for the New York-based Jewish Telegraphic Agency, a news wire service founded in 1917 that reaches 1 million people through 110 newspapers, magazines and web sites. She covers security, political, religious and social issues in ten countries. Dinah is also a regular contributor to the New York Times, providing insights on the Central European cultural scene. Previously Dinah was news editor for four years at The Prague Post, Central Europe’s leading English-language weekly. She upgraded the political coverage of the newspaper and as a result became a columnist for several Czech dailies. Prior to arriving in Prague, Dinah worked as the Europe editor for Travel Weekly, the largest travel business weekly in the United States, where she was also a regular contributor to the magazine Conde Nast Traveler and Fodor’s Travel Guides. Dinah believes that freelancing for a variety of media outlets keeps a journalist on her toes: She has written on topics from combating obesity to the imperialist nature of Santa Claus for the New York Times, USA Today, The San Francisco Chronicle, Womens’ E-news, The Canadian Medical Association Journal, The Independent of London, The Irish Examiner, The Jerusalem Post, and even OK! Magazine and USWeekly. She also contributes regularly to Grazia and the Sunday Mirror in the United Kingdom.