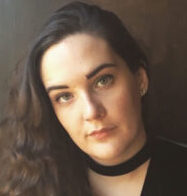 Eleanor Cummins is a freelance journalist whose work can be found in numerous outlets, including The Atlantic, Vox, The New Republic, and Popular Science, where she previously worked as an assistant editor. Her reporting on New York City oysters earned her the 2018 Edible Award and her narrative feature on Babe Ruth’s cancer treatment was a Longreads pick of the week. She is interested in experimenting with new media forms, which has led her to start her own publication, We’ll Have to Pass, to give a second life to killed stories and overlooked pitches. She’s also invested in the history of journalism, and maintains a public reading list and associated summer book club on the topic. A recent graduate of NYU’s Science, Health, and Environmental Reporting Program, Eleanor now serves as its internship professor.