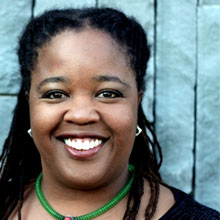 Farai Chideya is an award-winning journalist and professor who has worked in print, television, radio, and digital media. Over the years, Chideya was a producer for MTV News; an on-air political analyst for CNN; a reporter and guest host at ABC News; a host at Oxygen Media; and the host of the NPR program News and Notes. She is the author of four books: Don’t Believe the Hype: Fighting Cultural Misinformation About African Americans; The Color of Our Future; Trust: Reaching the 100 Million Missing Voters; and the novel Kiss the Sky. She blogs at Farai.com; is a contributor to New York Public Radio; and appears on cable television programs and radio programs regarding politics. Awards include a National Education Reporting Award; an award for best radio documentary from the National Association of Black Journalists; and a special awards for coverage of AIDS in communities of color from the National Gay and Lesbian Journalists’ Association.

Why Are Hillary Clinton and Elizabeth Warren In the Same Political Party?
Farai Chideya
Distinguished Writer in Residence

Yearning to Be Free: Why 12 Years a Slave is Essential Viewing
Farai Chideya
Distinguished Writer in Residence