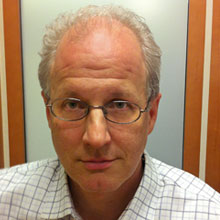 Jeff Giles is the Deputy Managing Editor of Entertainment Weekly, where he oversees movies and books coverage. Prior to EW, he spent more than a decade as an arts writer and editor at Newsweek, where he profiled Kate Winslet, Julia Roberts, Brad Pitt, Daniel Day-Lewis, Jack Nicholson, and Al Pacino, among many others; invented the magazine’s oft-imitated Oscar Roundtable; and served as a Rohan Army extra in Lord of the Rings while chronicling the trilogy from start to finish (Peter Jackson shot a close-up of him, then cut it, saying he “looked silly.”) Giles has also written for Rolling Stone, The New York Times Book Review, and many other magazine and web sites. He has won a feature-writing award from New York’s Deadline Club, and moderated a panel with Peter Jackon and James Cameron in front of an audience of 6,000 at Comic-Con. Giles is a graduate of Brown University. He began his career as a typist at the New Yorker.