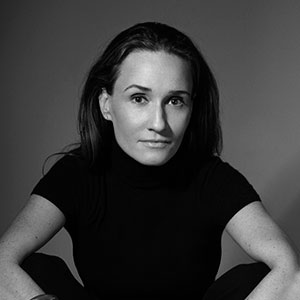 Jenny Nordberg is an investigative reporter and author. A columnist and correspondent for Svenska Dagbladet, her work has also appeared in The New York Times, The New York Times Magazine, Newyorker.com, The Atlantic and The Guardian. She has appeared on NPR, WNYC, MSNBC and The Jon Stewart Show.

In 2010, she broke the story of “bacha posh” — how girls grow up disguised as boys in gender-segregated Afghanistan. The cross-border investigation was published in The New York Times and The International Herald Tribune, and expanded into the book The Underground Girls of Kabul: In search of a hidden resistance in Afghanistan, published in 2014 and translated into 12 languages and accompanied by bachaposh.com and theundergroundgirlsofkabul.com The book was awarded the 2015 J. Anthony Lukas Book Prize from Columbia University’s Graduate School of Journalism and The Neiman Foundation for Journalism at Harvard University.

At the New York Times’ investigative unit, Nordberg has worked on projects such as an examination of the American freight railroad system; a series that won the Pulitzer Prize for National Reporting, and U.S. efforts at exporting democracy to Haiti. She has also produced and written several documentaries for American television, on Iraqi refugees, Pakistan’s nuclear proliferation and the impact of the global financial crisis in Europe.

In Sweden, Nordberg was a member of the first investigative team at Swedish Broadcasting’s national radio division, where she supervised projects on terrorism and politics. Nordberg has won awards from Investigative Reporters and Editors, The Robert F. Kennedy Journalism Award and Guldspaden; Sweden’s premier journalism recognition.

Jenny Nordberg holds a B.A. in Law and Journalism from Stockholm University, and an M.A. from Columbia University’s Graduate School of Journalism. She can be found at @nordbergj on Twitter.