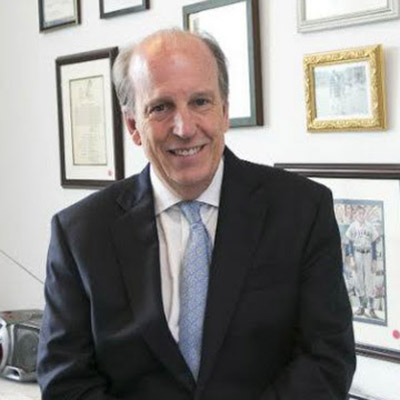 Joe Peyronnin has been an adjunct journalism professor at NYU since 2008, and he served as a full time associate professor of journalism at Hofstra University from 2011-19.  In 2017 he was voted “Teacher of the Year” at Hofstra’s School of Communication.  Peyronnin previously had been an award-winning producer and senior executive in broadcast journalism for 40 years at CBS News, Fox News and Telemundo/NBC News.

In 1999 Peyronnin created Telemundo’s first network news division and ran it until his departure in 2006. During his tenure as Executive Vice President News and Information Programming for the Miami-based Spanish language network he built an international news organization and launched many news programs. Telemundo received Its first ever Emmy Award for its coverage of the terrorist attack on New York’s World Trade Center in September, 2001, and and critical praise for its coverage of the Iraq War in 2003.

Peyronnin served as President of Fox News from 1995-96, where he put together the core of what is now the Fox News organization, and he oversaw many network news specials and created the weekly public affairs program Fox News Sunday.

From 1989-1996 he served as Vice President and Assistant to the President for CBS News, the division’s number two executive.  In that role he oversaw news gathering and news programming, including 60 Minutes, 48 Hours, The CBS Evening News, Sunday Morning and The CBS Morning News. He had previously served as CBS News Washington Bureau Chief, 1987-89, and senior Washington producer for the CBS Evening News with Dan Rather, 1982-87.  Peyronnin’s first Washington assignment was as associate producer for the CBS Evening News with Walter Cronkite.  In that role he covered the White House, Congress and he also covered all of the US-Soviet Summits, the Israeli invasion of Beirut, Lebanon, in 1982, President Reagan’s visit to China in 1984, several presidential elections and political conventions. He met every U.S. President from Richard Nixon to George W. Bush.

From 1976-1979 he worked as an associate producer for CBS News in its Chicago bureau covering stories throughout the Midwest.  He began his television career in 1970 as a an assignment editor and then a newscast producer at WBBM-TV (CBS) Chicago.

Peyronnin has collected two Emmy Awards for breaking news and a Polk award for CBS News coverage of the 1989 Tiananmen Square student uprising in Beijing, China.  He has been honored for his public service work.  He is a board member for Vibrant Emotional Health, which oversees the Suicide Prevention Hotline, he is a trustee at Gracie Square Hospital, part of the New York Presbyterian organization, and a member of The Council on Foreign Relations.  He is also a former trustee at Columbia College Chicago.  Peyronnin was a regular contributor to The Huffington Post from 2008-19, where he wrote and commented on politics, business and media.  He authored a chapter for Fake News: Real Issues in Modern Communication (April 2020), and has been published in the New York Times, FoxNews.Com and other websites.  He also has advised digital media companies on business and content strategies.

Peyronnin has a BA in Broadcasting from Columbia College Chicago, 1970, and an MBA from the Walter Heller School of Business at Roosevelt University, 1978.