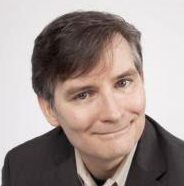 John Rennie teaches Science Writing in the Science, Health and Environmental Reporting Program. Currently a deputy editor of Quanta Magazine, he served as editor in chief of Scientific American for almost 15 years and has been a member of its Board of Editors since 1989. In recent years, Rennie has also served as editorial director of McGraw-Hill Education’s online science reference AccessScience and has hosted the television series Hacking the Planet on The Weather Channel. He has also blogged at The Gleaming Retort for PLOS blogs and lectured widely about science topics, especially the life sciences, technology and ethical and cultural challenges of new discoveries. During his tenure at Scientific American, Rennie oversaw the modernization and expansion of that venerable magazine franchise to include new titles such as Scientific American Mind and assorted digital media. He edited the National Magazine Award-winning single-topic issues “What You Need to Know about Cancer” (Sept. 1996) and “A Matter of Time” (Sept. 2002). The Potomac Institute for Policy Studies honored him with its 2003 Navigator Award for distinguished service in support of national science and technology policy. He was also a recipient of the 2000 Sagan Award for Public Understanding of Science from the Council of Scientific Society Presidents.

Rennie received his bachelor of science degree from Yale University in 1981, after which he worked for several years in a laboratory at Harvard Medical School before embarking on his career as a science writer. His writing has appeared in The Economist, The New York Times and other publications. In addition to The Weather Channel, his numerous television and radio appearances include PBS Newshour with Jim Lehrer, ABC News Overnight, CBS Early Show, History Channel’s Clash of the Cavemen, Discovery Channel’s Apocalypse How and NPR’s Science Friday. As a frequent public speaker, Rennie has appeared before audiences as diverse as those at the Massachusetts Institute of Technology and the University of Tennessee School of Journalism; he has also been featured twice at the World Life Sciences Forum, the BIO International Conference and many other meetings.