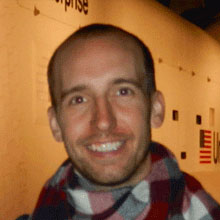 Jonathan Soma is a Ruby on Rails developer who focuses on making unapproachable data accessible. He has made maps, processed data, and crowdsourced stories with ProPublica, WNYC, The New York Times, and others.

In 2010 Soma founded the Brooklyn Brainery (www.brooklynbrainery.com), a community-driven school and workspace. He instructs on neuroscience, the Loch Ness Monster, and everything in between. He is also a speaker at Masters of Social Gastronomy (hellomsg.tumblr.com), a monthly lecture series on culinary history, food science and culture.

A graduate of the University of Virginia, Soma has been living in New York since 2007.