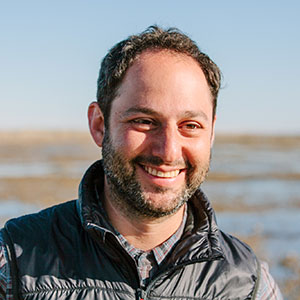 Josh Davis is an award-winning documentary journalist and educator who has led ambitious documentary and interactive projects for The New York Times, NPR and MediaStorm. Currently, he is producing the relaunch of National Geographic’s flagship documentary series, Explorer. He was a member of a special projects team at The New York Times, specializing in documentary video and interactive storytelling. At NPR, Josh produced and directed the groundbreaking interactive documentary, Planet Money Makes a T-Shirt—a project that won more than a dozen top journalism awards, including an Emmy. Josh teaches visual storytelling courses at NYU, and is adjunct faculty at Columbia University and the CUNY Graduate School of Journalism.

Josh earned his M.A. in journalism from UNC-Chapel Hill, where he was a Roy H. Park Fellow. At UNC, he served as the managing editor of the Emmy-nominated interactive documentary, 100 Gallons, and he produced The Undocumentary, a two-year reporting project about the lives of undocumented immigrant activists living in North Carolina. More of Josh’s work can be found at joshdavis.org and on Twitter.