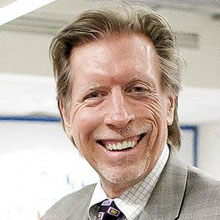 Kevin R. Convey was most recently editor in chief of the New York Daily News, where he spearheaded the paper’s transition to digital-first newsgathering and publication, while reconnecting the brand to its outer-borough roots and historic urban voice, strengthening its local report and opening its first-ever bureau in Harlem.

He has also worked as a Sunday editor, arts editor, city editor, magazine writer and editor; political editor and reporter; and business, investigative and general assignment reporter in a career stretching back to 1977. He began his journalism career at the age of 9 when he began distributing a neighborhood newsletter he printed himself on a toy press.