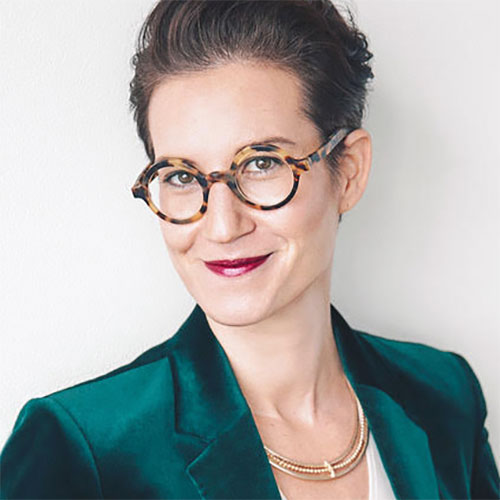 Lauren Wolfe is an award-winning journalist and photographer who has written for publications from The Atlantic to The Guardian.

She publishes a Substack called Chills, where she pulls back the curtain on her many years of international investigative reporting, and is a contributing writer for Washington Monthly.

She is a former columnist at Foreign Policy magazine, and director and creator of WMC WomenUnderSiegeProject.org, a journalism initiative on sexualized violence in conflict originated by Gloria Steinem at the Women’s Media Center in New York. The project included a live, crowd-sourced map of sexualized violence in Syria. She is also the creator and editor of WMC Climate, which positions the people climate change affects the most — women and people of color — front and center.

Wolfe was an editor and reporter for the live New York Times coverage of both the coronavirus and the presidential election in 2020.

From the BBC to CNN, she has spoken about her work on TV and radio internationally. In 2015, she testified before the UK House of Lords, and in 2012, she both testified at the United Nations on her team’s findings on rape in Syria and presented them to the UK Foreign and Commonwealth Office. She has conducted field reporting from the Middle East to Central Africa to Central America, interviewing hundreds of women and men suffering from the fallout of war. Wolfe also served on the advisory committee of the Nobel Women’s Initiative’s International Campaign to Stop Rape & Gender Violence in Conflict.

Previously, Wolfe was the senior editor of the Committee to Protect Journalists, where she focused on journalists and sexualized violence. Her CPJ report “The Silencing Crime” — for which she spoke to dozens of journalists around the world — broke ground in documenting the issue.

Wolfe spent three years at The New York Times reporting on September 11th for Times’ books 102 Minutes: The Fight to Survive Inside the Twin Towers—a 2005 National Book Award finalist—by Jim Dwyer and Kevin Flynn and City in the Sky: The Rise and Fall of the World Trade Center, by James Glanz and Eric Lipton.

In 2017, after a series of articles and photos in The Guardian and Foreign Policy magazine directly led to the arrest and conviction of a politician and members of his militia—they had been raping toddlers in eastern Congo for three years—she was named a finalist for the Anthony Shadid Award for Journalism Ethics, the Kurt Schork Memorial Award, and the One World Media Awards, and was called one of five journalists “making a big difference in the world” by Bono’s One.org. She is an inductee of the Ochberg Society for journalists who cover violence, has taught as an adjunct in Columbia’s Strategic Communications masters’ program, and been a fellow at the Blue Mountain Center.

She studied at Wesleyan University and Columbia University’s Graduate School of Journalism and is the recipient of four awards from the Society of Professional Journalists, two from the Fair Media Council, and of the 2012 Frank Ochberg Award for Media and Trauma Study. In 2014, she was given a “What Better Looks Like” Award for making a “compassionate and innovative contribution” to improving the world, and the Thomson Reuters Foundation named her a finalist for the Trust Women Journalist Award.

In 2013, Foreign Policy magazine named Wolfe one of its “FP Twitterati 100,” calling her an “authority on gender and conflict”; Action on Armed Violence included her in their list “Top 100: The Most Influential Journalists Covering Armed Violence”; and the UK’s Daily Telegraph named her “an awesome woman you need in your life on Twitter.”

‘Take Your Portion’: A Victim Speaks Out About Rape in Syria
Lauren Wolfe
Adjunct Faculty