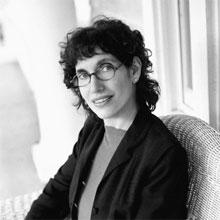 Leslie Savan writes about politics and media, focusing on television, advertising, design, and popular language. She was a three-time Pulitzer Prize finalist in criticism for her Village Voice column about advertising and commercial culture. Many of those columns appear in her collection, The Sponsored Life: Ads, TV, and American Culture (Temple University Press). In her latest book, Slam Dunks and No-Brainers: Language in Your Life, the Media, Business, Politics, and, Like, Whatever (Knopf), Savan looks at the persuasive power of “pop talk,” at how everyday language is commercialized and, as in the case of slogans that cheered on the invasion of Iraq, weaponized. Since the 2008 presidential race, Savan has been blogging about media and politics for The Nation. She has been widely published, including in The New York Times Magazine, Time, The New Yorker, Mother Jones, New York, The Los Angeles Times, The Boston Globe, Huffington Post, and The Guardian, and her work has appeared in many anthologies on communications. Savan has discussed media issues on TV and radio, and in Helvetica, a film about the font.