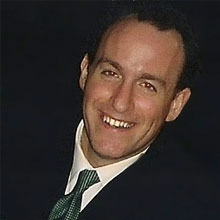 Michael Solomon is the editor of ForbesLife. Previously, he was executive editor at Byliner, the features director of The Daily Beast, and the editor-in-chief of Premiere magazine. He began his career at Esquire, immediately following his graduation from the University of Pennsylvania, and was the magazine’s longtime features editor. He has also written for numerous publications, including Vanity Fair, Elle, and the Guardian, and is the author of several books, most recently I Hope Like Heck: The Selected Poems of Sarah Palin.