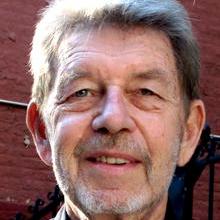 Pete Hamill was a veteran New York journalist, novelist, and the author of 23 books, including “Downtown: My Manhattan,” “Diego Rivera” and “A Drinking Life.” His eleven novels include “Snow in August” and “Forever,” both of which were New York Times bestsellers, along with three collections of short stories.

Hamill was born in Brooklyn, New York, the eldest son among seven children of Irish immigrant parents. After service in the U.S. Navy, he attended Mexico City College in 1956-57, as a student on the G.I. Bill, the School of Visual Arts and Pratt Institute in New York. He began his journalistic career in 1960 as a reporter at the New York Post. He has covered wars in Vietnam, Nicaragua, Lebanon and Northern Ireland, as well as the domestic disturbances in American cities in the 1960s, major sports events, political conventions and social trends. His work has appeared in the New York Post, New York Daily News, and Village Voice. In addition to his many years as a columnist, he has served as editor-in-chief of both the New York Post in 1993 and the New York Daily News in 1997.

He wrote for many magazines, including the Saturday Evening Post, New York (where he was a contributing writer for 25 years), Esquire and others.

Hamill passed away August 5, 2020. Read his obituary on NYTimes.com.