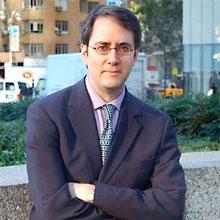 Phil Rosenbaum is a producer at CBS News in New York, where he writes and edits the top news of the day. Before joining CBS, Rosenbaum was a producer and writer on the Nancy Grace and Ashleigh Banfield crime and legal news programs on HLN. Phil also produced business news programs for CNN. He began his journalism career as a reporter and editor at the Associated Press in the New York bureau and on the AP’s business news desk. He graduated from New York University with a degree in journalism and politics and is currently pursuing an MFA in Integrated Media Arts at CUNY’s Hunter College in Manhattan.