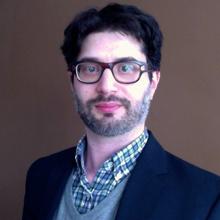 Rob Brunner was an editor and writer at Entertainment Weekly and EW.com for 16 years, most recently as Editor-at-Large. He has served as EW’s music editor, lead book critic and TV- and movie-review-section editor, and he was the launch editor of EW.com’s Music Mix blog. He has also written for New York, Spin, The Awl, Men’s Journal and The Village Voice, among other publications. Brunner has a BA from Bard College and an MA in journalism from NYU, where he was a member of the first-ever Cultural Reporting and Criticism graduating class. You can see some of his work at http://clippings.me/robbrunner.