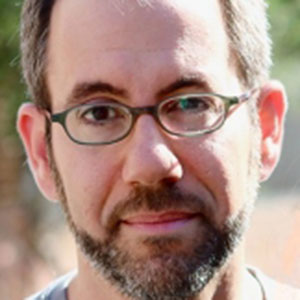 Robert Bahar is an Emmy-winning documentary filmmaker, producer and writer. Robert, a Creative Capital Fellow, has dedicated more than a decade to documentary education through Doculink, a community of 4,000 documentarians that he co-founded and directed for ten years. He has guest lectured at USC, UCLA, Brown, Columbia and the Jacob Burns Film Center, among others, and has served as a panelist at numerous filmmaker conferences, grants and festivals. Bahar is the Producer/Writer of the Emmy-winning feature documentary Made in L.A., which screened internationally at 100+ film festivals. He spearheaded its innovative community engagement campaign, which lead to more than 600 community screenings that reached 30,000 people directly, in addition to the two million people who saw it on PBS. Bahar previously directed and produced the documentary Laid to Waste and has line-produced and production managed several independent films, including Diary Of A City Priest, which premiered at Sundance and Pittsburgh, starring Jeff Goldblum, which premiered at Tribeca. He has served on the Board of Directors of the International Documentary Association and holds an M.F.A. from the Peter Stark Producing Program at the University of Southern California’s School of Cinema-Television, which he attended on a Jacob K. Javits Fellowship.

In collaboration with Almudena Carracedo, he is currently directing and producing The Silence of Others, a cinematic portrait of the first attempt in history to prosecute crimes of the Franco dictatorship in Spain.