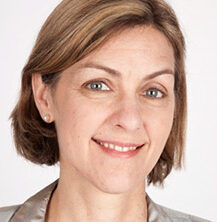 Robin Lloyd is a contributing editor at Scientific American and freelance science writer. For six years, until 2015, she was the news editor at Scientific American, overseeing coverage online and in print. She was science editor at Livescience.com and SPACE.com from 2007-2009, and served as a senior science writer at SPACE.com from 1999-2001. She has also been a staff journalist at CNN.com and Pasadena Star-News, and worked as a science writer at the American Museum of Natural History. Lloyd was an assistant professor at SUNY Purchase from 1990-1993. She earned a Ph.D. and M.A. in sociology from the University of California, Santa Barbara, and a B.A. from Smith College. She completed a Knight Science Journalism Fellowship at the Massachusetts Institute of Technology for the 1998-1999 academic year. She is president of the Council for the Advancement of Science Writing board of directors and a past board member of National Association of Science Writers. Her honors include the Society for Environmental Journalists’ Kevin Carmody Investigative Journalism Award, Small Newsroom, Third Place, 2020, and the National Association of Science Writers’ Diane McGurgan Award, 2015.