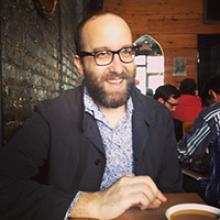 Rollo Romig is a freelance journalist whose recent publications include feature stories for the New York Times Magazine and an essay for the Wildsam guide to Detroit. In 2009, after working as a news reporter for The Cambodia Daily in Phnom Penh, he joined the staff of The New Yorker, where he worked as an online editor and essayist; his criticism appears in the print edition. He divides his time between New York and India.