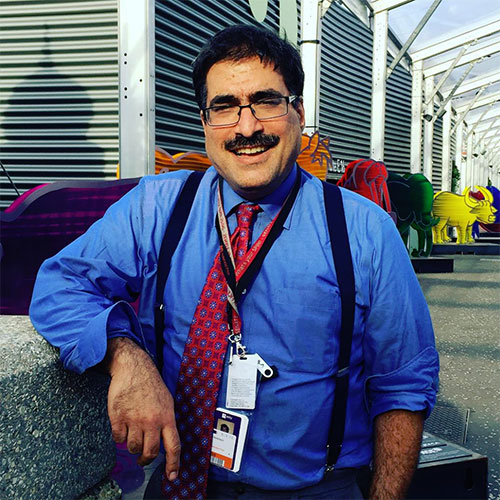 Seth Borenstein was part of an AP Gulf of Mexico oil spill reporting team that won the 2010 George Polk Award for Environment Reporting and a special merit award as part of the 2011 Grantham environment reporting prizes. He was part of a team of finalists for the 2004 Pulitzer Prize for coverage of the Columbia space shuttle disaster. A science and environmental journalist for more than 20 years, covering everything from hurricanes to space shuttle launches, Borenstein has also worked for Knight Ridder Newspapers’ Washington Bureau, The Orlando Sentinel, and the Sun-Sentinel in Fort Lauderdale. He is the co-author of three long out-of-print books, two on hurricanes and one on popular science. He lives in Kensington, Maryland, with his wife, Anne Marie, and two of his three sons (his third son is at Fordham University), where he coaches youth basketball and is a retired cub scout leader. He has flown in zero gravity and once tried out for Florida Marlins (unsuccessfully). And yes, he is related to the Eliot Borenstein, who is chairman of Russian and Slavic Studies at NYU; they’re brothers.